193 Views
What do you think about this article? Rate it using the stars above and let us know what you think in the comments below.
Research on theories of vocational development and choice has typically been conducted separately with little or no attempt to combine concepts from different theories. This paper investigated the relationships among Super's vocational theory involving the variables of self-concept and vocational maturity and Holland's variables of personality and environmental vocational categories. 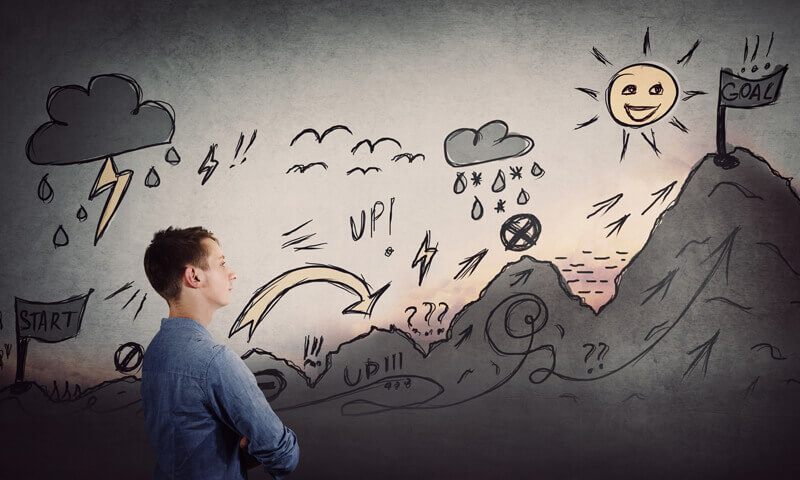 Super's (1963) theory emphasizes the process of vocational development. Vocational development is an extended process that has as its key construct the self-concept. A recurring theme is that an individual chooses an occupation which permits the individual to function in a role consistent with his or her self-concept. As the individual matures vocationally, he or she passes through a series of developmental stages which afford him or her opportunities to deal with specific tasks. The ability to cope with the attitude and behavioral tasks is a measure of an individual's level of vocational maturity. Vocational maturity attitudes include orientation toward future work, independence in decision making, preferences for various vocational choice factors, and perceptions of the vocational choice process.

Whereas Super focuses on the developmental process, Holland concentrates more on vocational choice. Holland's (1966, 1973) theory states that a career choice is an extension of personality as an individual attempts to implement broad personal and behavior styles into the context of work. An individual's vocational choice is a preference for a certain stereotyped work environment and that environment will be consistent with the individual's personal orientation. Holland has fined six work environments into which all vocational preferences can be categorized.

Super and Holland's theories have been researched as distinct and separate theories. Making a distinction between a theory of vocational development and a theory of vocational choice is an artificial distinction. Any theory of vocational choice is founded upon a theory of an individual's vocational development. It is not a separate entity but part of the life cycle of an individual's career pattern. Further, an integration of the variables of self-concept (Super) and personality types (Holland) provides the foundation for integrating the two theories. The self-concept is a function of the developmental life history of the individual which leads to the incremental building of Holland's topology of personality types. Maturation and experience contribute to the individual's personality type, until eventually, the individual develops a modal personality profile. Researching an integration of the theoretical concepts necessitates an investigation of the relationship among the variables of self-concept as measured by the Tennessee Self-Concept Scale, vocational maturity attitudes as measured by the Vocational Development Inventory, and vocational preference categories as determined by the Vocational Preference Inventory. Focusing on one age group leads to such questions as: Do adolescents in the six vocational categories have different levels of vocational maturity attitudes? Are there differences in the level of self-concept among adolescents in the six vocational categories? Is the relationship between self-concept and vocational maturity different within the specific vocational categories? From these questions the following research hypotheses were investigated: Self-concept and Vocational Preference

A multivariate analysis of variance for differences in level of self-esteem among subjects in the six vocational preference categories yielded an F value of 3.893 (df = 5,840), which is statistically significant beyond the .01 level. A significant difference exists in the mean self-concept scores among subjects within the six personality categories, thus supporting the second hypothesis.

Further examination of the data revealed that students' mean self concept do not show clear differentiation among the five grade levels or between males and females. Analysis of variance results yielded non-significant F values. No differences in levels of self esteem exist in vocational preference categories when examined by subject's grade levels or sex.

For the students whose vocational preferences are in the Realistic, Social, Conventional, and Artistic categories, there is a positive relationship between their levels of self-esteem and vocational attitude maturity.

This paper investigated three questions generated from an examination of the relationship among Super's vocational theory variables of self-concept and vocational maturity and Holland's theory variables of personality and environmental-vocational categories. The results demonstrated that there were differences in vocational maturity and levels of self-esteem in six vocational preference categories. Further analysis indicated that subjects in the Investigative, Social, and Conventional categories had more mature vocational attitudes and higher levels of self-esteem. On the other hand, students of three vocational orientations (Realistic, Enterprising, and Artistic) were not as adequately prepared to make educational-vocational decisions as their peers.

It appears that students in certain vocational preference categories have more awareness and involvement with vocational choice factors than students in other categories. Is it the individual's personal characteristics which influence his choosing certain occupations which also contribute to his or her more mature vocational attitudes? This would probably be the contention of Holland's theory. Could the structure and school curriculum affect the awareness and involvement with certain areas? Schools typically offer a curriculum with more focus on vocational areas encompassed by the Investigative, Social, and Conventional categories.

In examining the vocational attitude maturity means from grades 8 through 12, it is apparent that three categories, Investigative, Social, and Conventional show a progression with the Investigative and Social categories showing statistically significant change. Although students in these three categories have the highest levels of self-esteem there is no important progression through the grades.

The relationship of vocational maturity attitudes and self-concept with the categories produced an interesting result. Even though students in the Investigative category consistently had the highest mean scores on both instruments, there was not a significant correlation between the scores. It was in the Social, Enterprising, Conventional, and Realistic categories that there was a weak but significant positive relationship between vocational attitudes and level of self-esteem. This information can probably best be used to encourage career guidance programs to be concerned with examining self as well as information about careers.

The results of this study suggest that the investigation of the interrelationship of different theories can be fruitful. This cross-sectional exploration has shown enough variation among vocational categories to indicate a need for longitudinal studies. One such study is currently being carried out in the Niagara Falls School System. It is hoped that continued research can lead to a more comprehensive theory of vocational development.
If this article has helped you in some way, will you say thanks by sharing it through a share, like, a link, or an email to someone you think would appreciate the reference.