10 Views
What do you think about this article? Rate it using the stars above and let us know what you think in the comments below.
Vocational Maturity

For the most part, research on the vocational maturity of Black adolescents has tended to be largely comparative in nature, that is, investigators have been inclined to compare the vocational development of Blacks with their white counterparts. Generally speaking, lower socioeconomic Black youth have been characterized as being less vocationally mature than middle class whites. 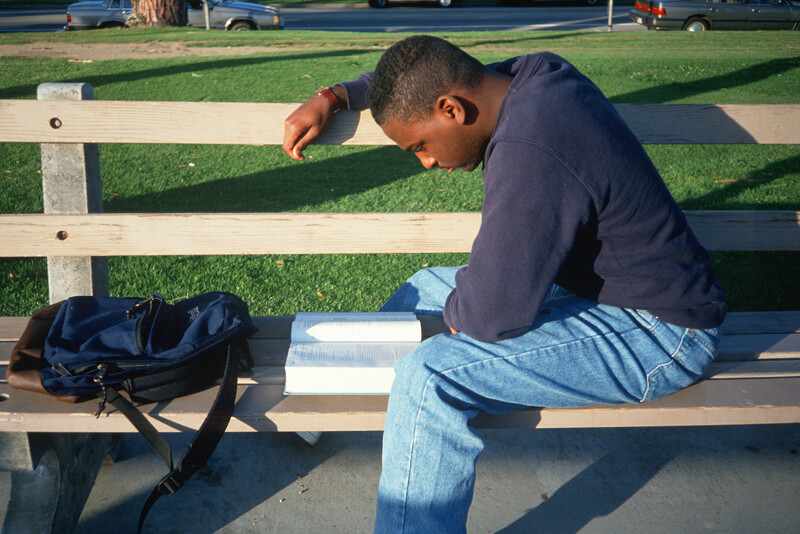 Using the Vocational Development Inventory for examining the vocational maturity of 450 eighth grade white suburban, white lower socioeconomic inner-city males, Black lower socioeconomic males Maynard and Hansen (1970) found that the Black youth were lowest in maturity; the white inner-city youth were next; and the white suburban youth were the highest. From their research, the authors can-eluded that the Black youth seemed unaware of the factors designated important for vocational planning at the eighth grade level.

A recent study by these same authors using the Readiness for Career Planning Scale as well as the Vocational Development Inventory reverses somewhat their earlier findings. Concerning the Readiness for Career Planning Scale, Hansen and Ansell (1973) report "The middle class white students earned the highest scores at each level followed by the lower class white, then the lower class Black students except at grade twelve." At the twelfth grade, Black students manifested greater vocational maturity than lower class white males.

Vriend also investigated the vocational maturity of inner-city youth from lower socioeconomic backgrounds. Although both white and Black subjects were used, no racial comparisons were made between the two groups. Using an instrument he developed himself (Vocational Maturity Rating Scale-VMR), Vriend found that second-semester seniors who had been exposed to a 2-year vocational program of structured career-related activities consistently obtained higher group VMRs in all component areas than those who were placed in control groups and not exposed to any special kind of vocational program.

The general conclusion of these studies is that lower socioeconomic Black youth are vocationally immature. However, if one accepts the results of Vriend (1969), this condition can be alleviated if long-term vocational programs are inaugurated in the schools.

A word of caution is appropriate, however, in interpreting the results of the studies cited. That is, none of the reported investigations have been able to ascertain to what extent the vocational immaturity of lower socioeconomic Black youth can be associated with their social class or racial membership group. Such research is needed if one is not to confound the issues of race and social class. Along these lines, studies comparing the vocational maturity of lower class Black youth with that of middle class Black adolescents would seem to be in order. What research has been completed on the vocational maturity of Black youth is rather unanimous in its conclusions. That is, by and large, Black youth, in comparison with white ones, are vocationally immature. What is lacking in this entire area on vocational maturity (regardless of the race of the student) is information concerning the specific areas in which young people are vocationally mature or immature. Beyond this, however, findings that lower class Black children are fundamentally vocationally immature would seem to have serious implications for the counselor, especially if he subscribes to Super's notion that the process of vocational development can be guided. What kind of guidance, for example, offers the potentiality of facilitating vocational maturity among Black youth?

On the whole, vocational literature has revealed very little information about the career development of Black people. Part of the problem is that most theories are based upon the vocational development of white middle class males. From their explorations into the vocational development of this group, theorists have generalized to other populations. That there exists a limited generalizability of the present theories to minority populations and certain socioeconomic subgroups has been emphasized by many (Steffire, 1966; Tyler, 1967; LoCasio, 1967). Yet, being able to point out that a problem exists is far easier to do than to rectify it. As Steffi re observes, vocational psychologists' zest for power in a theory has led them to all-purpose explanations which purport to elucidate the behavior of all people-men, women, lower class, middle class, Blacks, whites, Western, and non-Western. Such a quest for a monolithic, all-embracing theory may be an academician's search for the impossible dream. It would seem that the stages through which an individual passes as he prepares to take his place in the world of work would differ, both with respect to substance and time, according to the social psychological forces impinging upon his life.

As long as theorists continue to generalize vocational theories based upon white people to Black people, research on Black people will continue to have large loopholes and conflicting results. One must begin to use an internal Black frame of reference for analyzing this group's vocational behavior. Much of what has been said should not be necessarily interpreted to mean that one must have a separate theory for the vocational development of Black people. It would seem quite possible, however, to pool what collective knowledge we have on the psychology of the Black individual's career development into more coherent statements. Along this line, the unification of reference group theory with vocational theories might prove helpful. In such an instance, reference group theory should provide a micro-analytic level for analyzing the subjective aspects of group life which regularize and make discernible the occupational behavior and activities within a social structure. It may potentially supply a means of analyzing how people with the same objective socioeconomic status differ in their career development.

Research on Black individual's vocational development has been examined in terms of the impact of family role models, family stability/ instability, work concept and job values, Maslow's need hierarchy, the motivator-hygiene theory, self-concept, and identity foreclosure. A survey has also been taken on the vocational aspirations, interests, choices, and maturity of Black individuals. Much of the research has produced conflicting hypotheses and results. While on the one hand, Black people are seen to have a noticeably less favorable attitude toward their jobs than whites, Hauser significantly points out that according to the findings he obtained from interviewing young Black males and work is an important aspect of their lives.

The Black individual's concept of work and work values have been examined in terms of Maslow's need hierarchy. Proponents of this position maintain that the Black person's lower order needs for security preclude his needs for self-fulfillment or self-actualization in work. Although this theory provides a plausible and convenient explanation for the seemingly low risk-taking of blacks in the occupational world, it lacks the empirical research required to support it. One question, among many, that needs answering is: Are there significant differences in the need hierarchy of lower class Black individuals and Black professionals?

The state of the art in vocational literature in terms of the variables mentioned is in dire need of a powerful dosage of adrenalin. A great deal of empirical or experimental research is necessary to support certain theorists' conjectures and intuitive feelings. A number of facts are missing. First, what is the impact of family role models and family stability on one's concept of work? How can this suggested influence be assessed? What family experiences-regardless of whether or not the home is intact or broken-affect an individual's work values or occupational mobility? What are the possible relationships between self-concept and different aspects of one's vocational development? Do sex differences among Blacks influence their self-concepts, outlooks on work, or job values? The questions one could ask are endless, but are, nevertheless, ones that need answering.

The profile of the Black individual as portrayed in the research cited is a portrait of a vocationally handicapped person. According to the studies examined, the average Black, if one can speak of average individuals of any racial group, is one who may lack positive work role models; does not manifest a lifetime commitment to a career as a way of life; is work-alienated; and places a greater priority on job security rather than self-fulfillment in an occupation. Moreover, he tends to have a negative self-image which fosters identity foreclosure or a rigid closing out of self and direction. His aspirations are high, but his expectations of achieving his desired occupational goals are low. He has limitations placed upon his occupational mobility because of his racial membership; evidences interests that are more person than thing-oriented; is vocationally immature, and makes his vocational choices in the social sciences and in those careers traditionally open to Blacks.

The extent to which this profile is accurate or inaccurate is still open to debate and research verification, for there are many notable exceptions to it. Vocational stereotyping of Blacks does no one any good; neither does ignoring or dismissing summarily the findings of various investigators as racially biased. If one takes the position that vocational literature has been "culturally unfair" to Blacks, then one must be prepared to delineate carefully what, in his opinion, makes it so as well as what would help in making it less so. Only in this way can one truly begin to fill the gaps in existing knowledge concerning the career progress of Black people. In doing this, the variables of race, socioeconomic class, and family background need to be looked at both separately and conjointly.

Thus, the profile outlined represents more than what some individuals may conceive as a negative description of the career evolution of Black people. Underlying all that has been discussed is an undeniable indictment of the situational factors as well as the limited research resources available that have either potentially or in actuality contributed to the profile sketched.

Proceeding solely on the basis of what research findings have been reported in this article, the counselor must ask of himself eventually: Where do I go from here? It seems evident that counselors and those involved in adult training programs must adopt more well-thought-out approaches to the guidance of Black people. On the child and adolescent level, compensatory vocational programs have little chance for survival if the workable features of the program are not built into the entire educational experience. The school must accept the responsibility of preparing young people for work as one of its major objectives. Teaching isolated facts and skills is not enough; values and attitudes toward work as well as the occupational opportunity structure also have to be changed. One without the other is not sufficient.

The recommendations made for young people are likewise applicable to adult training programs. That is, besides the inculcation of skills, attention should also be directed toward the conditions of the job environment, the relationship of the trainee and his supervisor, and the attitudes of both toward work. The training of Black people has to be more than attempts to make them resemble greater their white counterparts. Some Black individuals have poignantly summarized this feeling in the question: How white does one have to be in order to obtain and maintain a job? In short, intervention techniques are needed to facilitate the vocational development of Black people, but they should be techniques which involve the whole individual-techniques which take into account his background, his cultural differences as well as his points of human commonalities.
If this article has helped you in some way, will you say thanks by sharing it through a share, like, a link, or an email to someone you think would appreciate the reference.