What do you think about this article? Rate it using the stars above and let us know what you think in the comments below.
Summary: Read this article to find out how you can apply to a company and a job that has yet to have an opening. 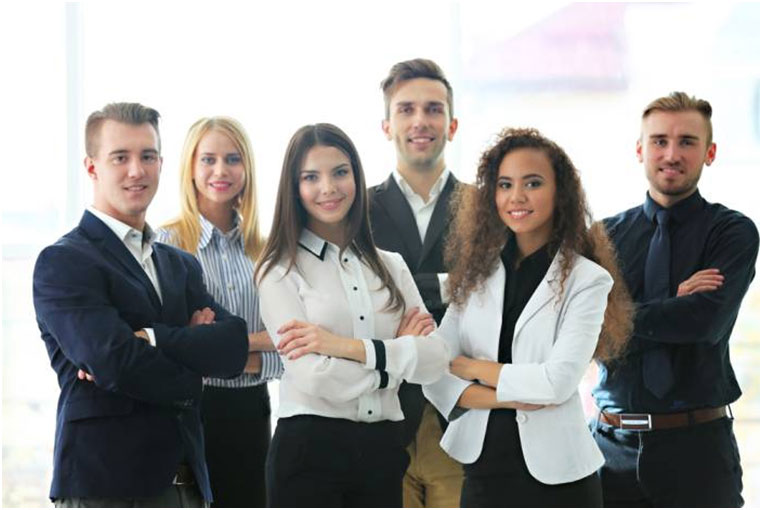 A few of my friends are writers on TV shows, and the higher up the ladder they go, the more they notice people asking them for jobs. Sometimes they are people they know, folks who’ve they’ve worked with before or knew in a social setting. But more often than not, complete strangers come out of the woodwork to ask for employment, even if there are actually no open positions to be filled.

The strangers who query for jobs up front are usually ignored or politely declined, but no matter how the rejection happens, one thing is for certain: A bridge is never formed, and the relationship ends once the request for a job has been made. This rings true not just for Hollywood but in all industries.

“I used to work as a recruiter at a trendy company in New York City. And at least once per day, I would receive a LinkedIn message asking for a job. Sometimes it would be a direct ask and sometimes it would be a little more roundabout. But, the core ask was always the same: Could I help that person get a position at my company that doesn’t currently exist?” recruiter Lydia Bowers wrote on The Muse. “My answer was always “no.” Even as a recruiter, I had very little power to magically create a role for every request I received. Those direct requests for employment were met with a swift rejection and that was the end of the relationship.”

Bowers said that it was a turnoff when strangers asked for big favors like a job, but she thinks that job seekers should still reach out. However, job seekers should also focus on building a relationship by asking for advice instead. This gesture will show the employee or recruiter that you are interested in the position and that you value their expertise without coming across like a user.

When approaching a stranger who could possibly get you a job, you should have the mindset: What can I do for them, not the other way around. If you are unsure of what that answer is, then it is best you stick with asking them for advice only. Being asked to give advice is flattering as well as being a low commitment. In all, you are more likely to get a yes to this type of request.

If you don’t have a personal connection to someone at your dream company, you can reach out online or in person. When reaching out, show you are enthusiastic about the employer and respectful of the contact’s time. Do not be too demanding or you’ll risk coming across as entitled and someone they don’t want to work with.

4 ways to network with people you don’t know

Once you’ve jumped over the initial hurdle and made contact with a potential point person, one of the main things to remember is to be respectful. That means you are considerate of the other person’s time and you show appreciation that they gave it to you. After all, you’re a stranger who wants something. Just them talking to you is a favor in itself. Don’t push for more.

Once at the meeting, have smart questions ready about the company and let them know what you are looking to do and why you are qualified to do it. At the end of the meeting, thank them verbally and send them a follow-up thank you email or card. The key to this interaction is that you create a positive impression and hopefully this is the start of a solid professional relationship. If a continuing relationship does not appear to be the next step, be happy that you got advice and keep that knowledge for your own use in the future. You may be tempted to ask for a job after this meeting, but it better to wait until one is publicly posted or they breach the subject.

OPTION TWO: Apply for a job that isn’t listed

Let’s say that you want to work at Google, and you have years of developer experience and know that you could be an asset to a front-end development team. To you, asking for an informational meeting seems disingenuous because you have already researched the company and know what value you could bring them. In this case, you may have the green light to submit a resume and cover letter, even if a job isn’t advertised.

Former recruiter Richard Moy said that this tactic works. As a former hiring manager, he would occasionally receive unsolicited job applications. Although they caught him off guard, he appreciated what was being sent to him, and he kept some of the stand-out candidates in mind for future work.

“When a friend would mention he or she sent an unsolicited resume to a company, it usually made me cringe. For a long time, I assumed there was absolutely no benefit to taking such a leap of faith. “Why would you do that?” I’d often ask. “You applied for a job that doesn’t exist!”” Moy stated on The Muse. “However, when I was a recruiter, I started seeing this in a different light. Why? Because even though the candidates weren’t applying for a specific job, their applications were usually pretty impressive. Just having the initiative alone to send it along reveals a lot about a person.”

Moy said that he appreciated people who took the initiative to send in their resumes unsolicited and that there was no downside to those who were thoughtful.

“In some cases, recruiters will actually want to meet with you for a role they’ve been working on because they see something in you,” Moy said. “In other circumstances, you might be considered for freelance work. And in others, you’ll simply make a good impression on a hiring manager. But, as long as you’re thoughtful about your application, there is usually no harm in taking a risk.”

For job seekers, this means that they need to submit a resume and cover letter that is stellar. Communications expert Danny Rubin stated on Business Insider that people who want to apply for a job at a company that isn’t hiring should introduce themselves, talk about their expertise, and explain how they could add value to the organization. He stated you should acknowledge that there are no openings at the moment but that you would be interested in exploring ways you can help the team. He said it was important to be specific and show that you have researched the company.

More and more, employers are bypassing the traditional mode of hiring and taking on people through referrals. Because of this, you don’t actually have to wait until a job is advertised online to let a company know you are interested.

If you want to work at an organization and they aren’t hiring at the moment, use your networking skills online and in-person to get an introduction or showcase your value in a well-written cover letter and resume. There is not just one path to landing your dream job, but those who succeed know, it’s all about positive relationship building.

6 Questions to Bring to Your Next Job Interview  15 Companies with the Best Work-life Balance  15 Companies with Awesome Pay and Benefits  15 Job Search Moves That Make You Look Desperate  Informational Interviews: Yes, They're Important  5 Reasons Why Christmas Is the Most Wonderful Time of the Year for Job Seekers  What Recruiters Look for in Your Resume and Cover Letter  The Most Effective Way to Prepare for a Job Interview  Employment Contracts  The Importance of a Positive Mindset during Your Job Search