How the U.S. Skills and Vacancies Gap Is Affecting the Job Market

Any perceived gap between skills and vacancies can turn the job market topsy-turvy indeed. This is the situation that most economists and employers around the world dread. To put it straight, the U.S. is facing a mismatch of major proportions in the employment scenario currently. According to recent reports, more than 1.35 million people in the country are unemployed, but statistics point out that more than 2.5 million jobs are going unfilled on a monthly basis. This is commonly known as the U.S. skills gap. 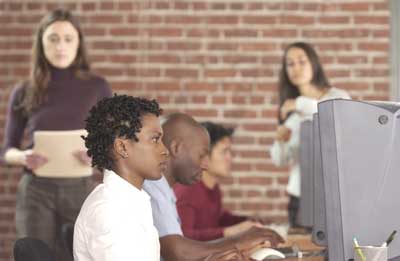 It can be said that the United States is facing a peculiar crisis. On one hand, there are plenty of unfilled jobs, yet on the other, there are millions of people who are unemployed. Frankly, there exists a huge mismatch between the employer's expectations and the talent that potential employees have to offer. This is one of the main reasons that are causing a high degree of frustration in the country. This unexpected situation means nearly 35 percent of all companies have unfilled positions while many candidates are finding it difficult to grab jobs in spite of having the right qualifications.


The problem has been traced to employer-employee perceptions. Each side has a contradictory perception of the other, leading to a serious talent crunch situation. What is more amazing is that nearly 60 percent of these companies are not doing anything about this fact. The talent crunch is taking a toll on the employees and employers as well. This is particularly true for positions in areas such as engineering, information technology, research and development, production and senior management positions such as CEO, COO, and CFO level posts. Workers are facing lower morale, providing lower quality of work, and working longer hours resulting in them being overworked which finally results in higher quality across organizations.


A possible solution is to realign the skills of huge tide of unemployed workers with the positions that are in great demand. Keeping vacancies prolonged is not the solution. This can cause lower morale and lower sales, and could translate into a poor bottom line for the company. Fortunately, more employers are now becoming proactive about this issue. Many employers are now launching retraining and repositioning programs to retrain and relocate personnel so that the talent crunch can be eliminated as far as possible.


The complexities in the U.S. unemployment scenario can be greatly reduced. Many employers are now also looking at workers who do not have the necessary skills for employment with the aim to retrain them and provide them with relevant skills. Many other employers are offering various incentives such as telecommuting, flexible hours and also salary hikes so that the skills gap can be eliminated. Some of the programs offered include on the job training and mentoring so that workers can hone their skills and avoid becoming obsolete.

This move will especially help workers who have been hard hit by the recession in the United States, and do not possess the skills that will make them re-employable in the current scenario. Thus, the U.S. recession can be partly eliminated. Most workers are willing to learn new skills along with compromising on benefit packages and also participate in retraining programs.

This means than employers will need to provide relevant training programs and re-evaluate their organization's philosophy to accommodate workers who could have a different set of skills rather than what is required for their new job. This includes continuously providing feedback to workers in training and doing more to retain top talent as well.


Related Articles
Career Planning
Following Up with Interest and Appreciation
How to Delegate: One Key Step Towards Leadership
Attaining the Holy Grail of Realizing Company Mission and Vision
Careers in Management and Supervision
Ask the Employer a Question or Two
The Executive Talent Crunch
Prevent Top Talent from Flying the Coop: How to keep your leadership happy, productive and loyal.
Tapping the High IT-pay
6 Lucrative Paths Up the Career Ladder