Don’t Be Fooled by the Extrovert Ideal: 3 Tips for Effective Hiring

By: The Staff at Anderson Biro LLC

Summary: The most successful companies are those that see the value in both introverts and extroverts and hire accordingly. Follow these 3 tips to achieve success in hiring. 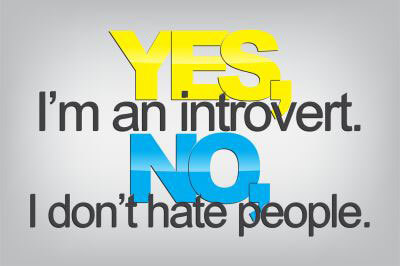 As Susan Cain, the best-selling author of Quiet, will tell you, we live in a world dominated by the "Extrovert Ideal": "the omnipresent belief that the ideal self is gregarious, alpha and comfortable in the spotlight."

Accordingly, you'll find countless articles and self-help books out there whose authors want to wrest the introverts from their comfortable shells so that they might make it in this extroverted world. Take for example, this recent Wall Street Journal article about how an introverted MBA changed the way he approached projects and interacted with colleagues at work in order to finally land leadership positions for which he was routinely passed over. The takeaway of the WSJ article is that introverts can stay true to themselves even as they adapt to environments that privilege those with more extraverted sensibilities. While the article provides some great advice that tries to honor introverted preferences, it seems the responsibility to change still falls squarely on the introverts' shoulders.

You see, we don't believe that all introverts need to be more extraverted to be successful, and neither should you. In fact, we're convinced that far too often employers get duped into thinking that the extraverted candidate is the best one for the job, leaving a lot of introverted talent on the table. When you think about it, interviews are largely extraverted exercises, so there's almost an immediate advantage for those candidates who, like most extraverts, prefer to communicate while talking, work out ideas by verbalizing them, and are more expressive.

In order to make sure you're not skipping over the best candidate because you've let the extravert ideal control your hiring decisions, consider our tips below:
Don't get us wrong: we love the extroverts and know that they can be better suited to many positions. And, we acknowledge the existence of an extroverted ideal and believe that some introverts will need to "flex" a bit in order to be successful. However, they are not the only ones who have to flex and accommodate. The best teams are comprised of diverse members whose strengths and weaknesses counterbalance each other. The most successful companies, therefore, will be the ones who see the value in both introverts and extroverts and hire accordingly.


Related Articles
Taking a Risk on a New Hire
The Essential Guide to Conducting a Successful Candidate Interview
Some Truths about Hiring Practices Today
Hiring Candidates in the Post Modern Economy? Look For These Crucial Skills
How to Attract the Right Candidates?
Is Your Application Process Putting Off Potential Employees?
How to Locate Good Candidates in a Tight Labor Market
How to Hire a Truly Diverse Workforce
How to Avoid Bias While Conducting Job Interviews
Virtual Interviewing: A Fad or the Future?