Top 10 Traits of The Best Managers

Summary: The strongest and most fair managers in the working world subscribe to these 10 topmost traits that coincide with their managerial position. Oh yeah, they’re also Google approved. 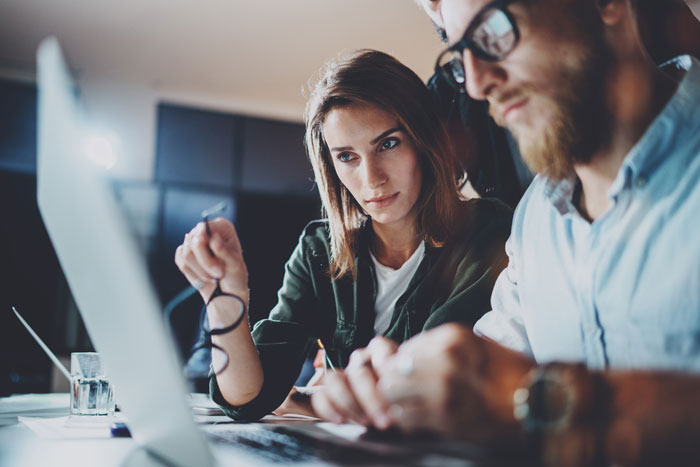 In the early 2000s, Google experimented with a flat organization without management. The effort, however, was a disaster to which Google pivoted back to not only having managers, but finding the 10 best traits that should be found in all managers.

A recent Inc. article lists those traits which makes it clear these are the 10 guidelines that not just Google’s but all business’s managers should adopt as their own.

You either care about your employees or you don't. There's no gray zone. Those managers who care about their employees tend to invest time and energy to help them become better versions of themselves. From business to sports where traditional coaching is known to take place, to care about those a coach manages is 50% of what a good coach does.

The other 50% involves being a facilitator, not a fixer. In other words as a manager you need to ask good questions and not just give answers.

As a manager you should expand your coaches' point of view versus giving it to them.

Micromanaging is a big no-no in today’s business climate. This is simply because absolutely no one likes to be micromanaged.

Research from empowerment expert Gretchen Spreitzer (University of Michigan) shows that empowered employees (those who are not micromanaged) have higher job satisfaction and organizational commitment.

This results in reduced worker turnover and increases in performance and motivation. Also, supervisors who empower employees are seen as more influential and inspiring by their subordinates.

This is because individual fulfillment is often a joint effort. People derive tremendous joy from being part of a winning team. As is stated in the Inc. article, the best managers facilitate esprit de corps and interdependence.

Consequently, employees respond to managers who are concerned about winning, and winning in a way that supports their own and the team’s well-being.

4. Be productive and results oriented.

Strong managers take productivity of their employees seriously and gives them the tools they need to be productive.

Strong managers also keep the number of processes within a project to a minimum. They work clean and concisely and impress these same beliefs on those they manage.

Communication goes hand-in-hand with care and respect for those one manages. To that end, the biggest problem with communication is the illusion that it has taken place.

Communication often doesn't happen because of a lack of effort from both the transmitting and the receiving parties. Invest in communication, care enough to listen by making the effort.

6. Have a clear vision/strategy for the team.

As the adage goes, with no North Star, employees tend to sail into the rocks.

As a strong manager, you should enroll employees in building a vision/strategy, not just imposing it on them. The former nets commitment, the latter compliance. Strong managers communicate this quite often.

The best managers care about their people's careers and development as much as they care about their own. People crave feedback, especially workers who put their all on the line. Your job as a manager is to give them that feedback.

8. Have the expertise to advise the team.

Google wants its managers to have key technical skills (like coding, etc.) so they can share the "been there, done that" experience. So be there and do that to build up your core expertise, whatever that might be. Stay current on industry trends and read everything you can.

In a global and remote business world, collaboration skills are essential. Sure there are coasts and time zones to consider, but if a project requires you to communicate with someone half a world away, you simply have to do it.

Thus, collaboration which happens when each team member feels accountability and interdependence with teammates.

Inc. cites that nothing is more destructive for a team than a leader who is unwilling to collaborate, which ultimately can strand the team the manager is to manage.

10. Be a strong decision maker.

The alternative is indecision, which paralyzes an organization, creates doubt, uncertainty, lack of focus, and even resentment.
Indecision can also kill a project.

Strong decisions come from a strong sense of self-confidence and belief that a decision, even if proved wrong, is better than none.

Strong decisions will also gain you increased respect from the workers you oversee.


Related Articles
Checking Out What Linked In Means to Your Job Search!
Employee Surveys are Useful Tools for Organizational Growth!
Do you have a Digital Marketing Plan in your Arsenal?
Does this sound toxic to you? 6 signs your workplace is poison
Business Consulting
How Google for Jobs Will Impact the Recruitment Industry
How Career Translations Affect Career Development.
Talent Acquisition, Talent Management, & Human Resources: What You Don’t Know and Should
Two Barriers That Traditional Human Resources Departments Need to Watch Out For
The Three Types of Organizational Commitment of Employees