3 Ways to Attract Talent to Any Location

Summary: Hiring new job seekers today depends less on location and more on a company’s culture. Read the top 3 reasons why in this article. 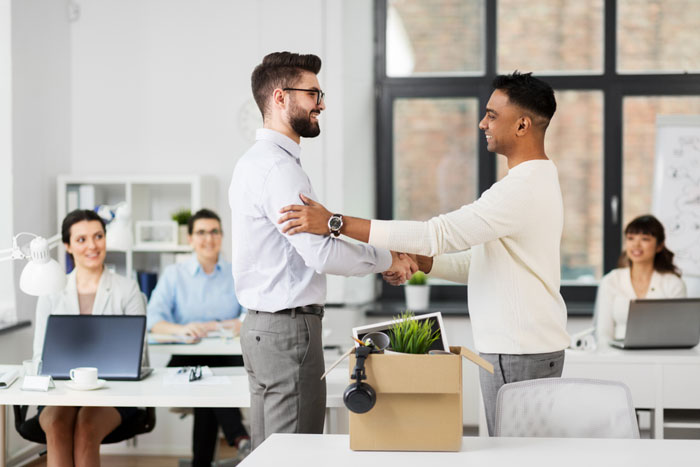 When Microsoft came about, no one thought of Redmond, Washington as a destination for top employees. The weather in Washington state is said to be rainy and cold most of the year, and as far as entertainment is concerned, well no, Redmond can never compare to New York or Los Angeles.

That however didn’t bother Microsoft. Not being in New York or L.A. was, in fact, an afterthought.

What was a forethought to Microsoft was to build a campus – a sort of a haven where employees have first-hand access to the company’s culture of inclusiveness, fun and opportunity.

What more did the employees need? Well, as it turns out, nothing.

Other firms, particularly startups, have adopted this process of organization and community, which in many cases has rendered the need for “location” a moot point.

These companies offer community and culture – much of it usually quite entertaining and fun to many employees – that trumps the city and state where a company resides.

But how do they do this? The following 3 tactics which first appeared on Forbes.com, can offer insight into how you can supplant location with your company’s own internal atmosphere.

Businesses don’t have to be headquartered in large cities to be competitive.

And as Juliet de Baubigny, formerly with Kleiner Perkins and now with Bond states, “If you look at a company like Amazon, which started in Seattle and actually created an ecosystem, you realize can survive and nurture, whether you’re on the East Coast or the West Coast or anywhere in between.”

Another example is the geography of Delta’s two global tech hubs, in Atlanta and Minneapolis; two very livable cities with a good quality of life.

Rahul Samant, executive vice president and CIO, Delta Airlines echoes the benefits of being located in Atlanta and Minneapolis.

“My attrition rate is in the low single digits,” he said. “I’m not looking for hundreds of AI people or machine learning people or data scientists, I’m looking for a couple dozen. As long as I find my way to a couple dozen people for whom Delta is the destination—they love travel, they love the purpose that we bring—then that’s who we want. Once they come, our culture takes care of the stickiness.”

Having the right leadership and a strong culture of teamwork are critical ingredients to any successful company. If you don’t have the right leader, the company is unlikely to survive.

The key steps include starting with a great founder, creating the culture, and then hiring that first generation of your leadership team.

If you examine the leadership teams of great companies, de Baubigny said, they have longevity, which creates a strong culture of values.

In addition, the leadership is attractive to new team members who come on board and have the opportunity to learn from icons in the industry.

The strength of teams is also pivotal. Samant was a frequent flier before joining Delta, but when he got a glimpse behind the curtain, it changed his perspective.

“I saw what it takes from a teamwork perspective to get a single flight pushed out of the gate,” he said. “There are literally a couple dozen teams, from the janitorial staff to catering to the gate, the lobby, the tower, baggage. Teamwork is ingrained in the business—if you don’t have teamwork, you’re not going to be successful.”

de Baubigny also emphasized the strength of teams with an example from Google. After studying its own organization, Google defined five important elements that allow teams and, by extension, organizations, to flourish. “One is having a safe space where you can throw out new ideas; where you can challenge and be challenged,” said de Baubigny. “You also have accountability and responsibility within your team; you’re actually going to get things done. You’re working on projects that are meaningful to the organization and have a purpose. Lastly, you can continue to learn and iterate.”

Flexibility is another important aspect in this environment of rapid change. With the on-demand gig economy predicted to reach 33 million workers by 2020, according to de Baubigny, we’ve reached a tipping point—not just with Uber drivers and Airbnb, but also with companies like Etsy and DoorDash.

Flexibility is important for recruiting and retention, too. “If you ask anyone right now, they will say give me a job that is meaningful, flexible, and well-compensated,” said de Baubigny. She continued, “We’re all living longer, we’re all going to be working longer. We all have rising costs. I think flexibility will keep people engaged and relevant far longer. I think flexibility will allow people to opt in and out of the workforce, and that’s good for business.”

Even so, location does play some importance with many jobs, as your employees won’t always be in the cozy confines of your culturally aware and flexible company.

Do your due diligence and bring up your location to new recruits.

If a worker doesn’t fare well in cold weather, he or she may not want to work in Detroit or even Chicago.

If your company is on the Eastern Seaboard where there is humidity and the threat of hurricanes, Miami, Atlanta and Charlotte might not be a job candidate’s first choice.

And if big cities aren’t in a job seeker’s future, New York, Los Angeles and San Francisco, particularly with their high living expenses might not be to their liking.

What this boils down to is there are many city-specific choices for job seekers in today’s market place, and to that end, your perfect job candidates will eventually arrive to your door.

Like everything else in recruiting, all the right pieces have to fall together between you and your new candidates. It’s just a matter of patience, asking the right questions and getting the right answers through your recruiting process.

Once that’s done to your satisfaction, all you have to do is pull the trigger and bring them onboard.


Related Articles
10 Great Cities for Salary Growth
Firm culture matters most
What do I need to know if I'm considering relocating my career?
The State of the Nationwide Job Market
Moving your career to another city
How BCG finds jobs
Identifying Information Resources
Resume Structure
What are the Hottest Careers Right Now?
Atlanta Employment for Everyone