Do Job Titles Matter in the Long Run?

Job titles affect career development choices considerably, according to analysts. Should HR managers and recruiters pay attention to this notion and propose job titles likewise or a hike in salary? Employers need to keep these three points in mind while writing job titles. 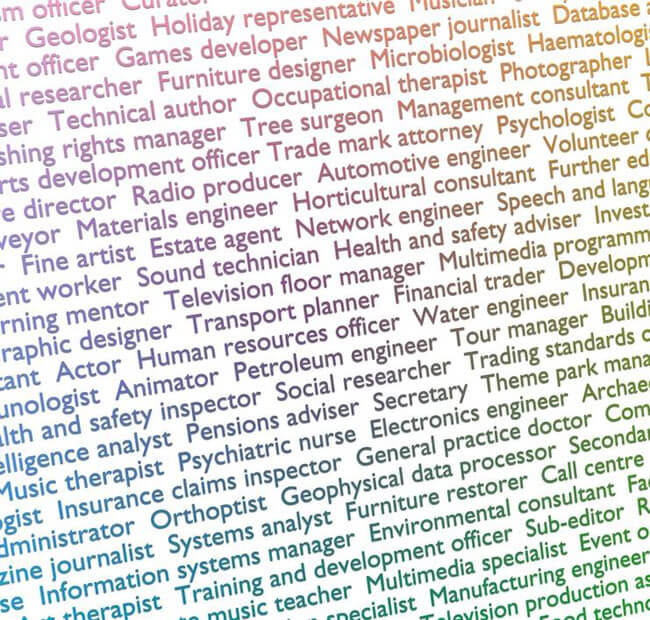 Most analysts believe that job titles matter. Most of the 1,500 office workers who were surveyed recently by Office Angels, a recruitment firm, found that 70% would opt for a decent job title over a pay hike. The report suggested that clerks would largely prefer to be known as Specialists or would go creative by calling themselves Office Logistics Coordinators. But are there real advantages to having a good sounding job title or is it just a gimmick for satisfying vanity?

Recruiters should think about how much importance job seekers give to their job title, especially when they search for job vacancies. Titles are great to catch attention and a prime focus as much as the salary component. The recession might force job seekers to look at the salary component a bit more, but that does not mean that job titles do not have their own importance. While recruiting, you scour resumes that pay attention to the current job title while also scanning through duties. Job seekers have the tendency to attach importance to their job positions since they play an important role for their present as well as their future career.

Not a Good Fit

Some people like Cassandra, a senior admin assistant, feels that job titles do not matter because the responsibilities are not clearly defined through her job title. She manages five people and handles inquiries from customers while also maintaining a cost budget. Also some job prospects hate the word “senior” since it does not necessarily reflect ability but might hint at the age factor. An “Office Manager” sounds better for most rather than “senior office assistant”.

HR managers should understand that an inspiring job title can boost an employee's confidence which would hint at the company's belief in the employee's potential to rise and progress. Stephan Maidhof, who is the HR Partner at IBM, believes that jobs must be titled correctly and should be motivational. They should reflect pride and confidence. According to Maidhof, employees want to see the next part of their career path, which can be done by having appropriate job titles like Art Director or Process Innovator, which hint at the path they are taking.

Alternatively, recruiters must make employees understand that if the current job title is not up to the satisfaction of a job prospect, he or she should learn to live with it and then try to get it changed during their performance review. Recruiters advise job seekers to try to think of a job title which goes well with their current job responsibilities and also sounds better for gaining a job of interest in the near future. Job seekers need appropriate job titles as an indication of their contribution towards the company and recruiters should pay heed to their needs.

Many organizations have not changed job titles in several decades, but the job responsibilities have gone through whirlwind changes. With drastic changes in the recruiting world, it is essential that job titles reflect how multi-skilled the employees are, and they ultimately deserve recognition of the same. Grandiose or obscure job titles would do no good to employees for chalking out their career path. The aim of job titles is to be realistic and focus on the employees' abilities rather than their weaknesses. Think about your job title as a recruiter. Is it time for a drastic change in your title? Whether or not you need to change your title, you should also reevaluate the titles of other positions in your company and make changes as needed to better reflect each position.

Related Articles
Principles Of Negotiating A Salary
The Birth of the Generic Resume: Packaging Bad Taste
The Logistics of the Recruitment Process
Positive and Productive Way for Employers to Recruit Through Professional Association!
Important Tips to Make Use of At Interviews
Influencing your sales interview
Questions to Answer and Ask in Interviews
The Fundamental Truth of The Job Search
Preparing for the Try out
Beat The Competition: Find Jobs in NYC