Team building exercises are meant to be constructive activities, which can actually create a sense of belongingness within the team. They are meant to break the ice between employees and get them to know each other for better camaraderie in the office. But these exercises might get terribly wrong too. Employees of a home security company called Alarm One Inc. were pitted against a rival company’s workers, according to some court documents. The winners poked fun and jeered at the losers, forced baby food down their throats and made them wear diapers. What happened next was a nightmare for Alarm One Inc. It had to cough up more than a million dollars when an employee sued them for gross misconduct. 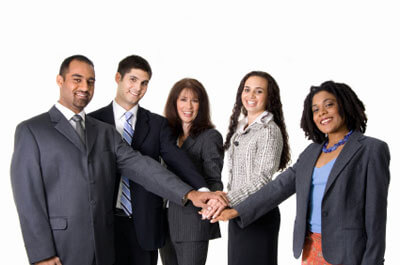 A lot of team building events take up this approach of pitting coworkers against each other for meaningless contests. Companies want employees to work well in teams, share knowledge and to achieve mutual success. If these events would have panned out like the one above, it would be mainly competitive in nature. Here, the focus still ends up on competition, not cooperation or team-building.

HR managers are usually keen to make team-building exercises competitive since competition drives instant passion. It gives a primal urge in most people to win which makes them active and focused too. The organizers of team-building activities usually feel that it is a job well done.
Problems with competitive team building events 1: Competition never creates an overall experience of success

Some win and most lose. Most participants will leave the competition with a sense of not being good enough to compete, which is not what you want your employees to feel.

You get employees with the perfect CV, the right qualities and professionalism. But it is during these team building events that many become aware of their primal instincts. Competition sometimes brings out the worst from within some people, making them abusive and manic. There are cheats too, which makes other employees hate them other than liking them after the event, as the primary intention was.

3: People learn less after a competition

There is a significant achievement difference when you think about cooperative and competitive environments. Co-operative approach is the way to go since competition only drives people to do what they know, but co-operation makes them learn about humility, sacrifice and team-building. It is like having four brains!

Competition also makes most employees to perform worse than they can because of insecurity or lack of faith and confidence. This is especially true when employees are assigned complex tasks that require co-operation.

The average team building exercises take up too much time in finding and rewarding winners than making people do something useful. Most of them result in waste of time and most employees do not like these activities as it prevents them to do real, actual and useful work.

•    A deeper understanding about other co-workers
•    Co-workers should like each other more than they do presently
•    Experience of good performance and a job done well together
•    A feeling of doing good work and that one is capable of doing work better
•    An increased desire of co-operation and helping
•    To learn something which might be useful for work
•    A sense that the event was good utility of time!

Team building exercises should focus on building a team in the truest sense and not break it, intentionally or unintentionally. Only then will these events and exercises carry a meaning. They are meant to be collaborative and not competitive as most companies today envision them to be.

Related Articles
Relevant and Practical Experience
The 6 Biggest Science Career Hazards -- and How to Avoid Them (Part Three)
What Is Your Ego Ideal?
How to Promote Worker Engagement
Humility and Other Characteristics to have in the Recruiting Process
The (Non-Existent) Ideal Interviewer
How to Spot an Ideal Job and Its Ingredients
Learning to Play the Business Game
Modifying Your Style and Identifying Your Ego Ideals
7 Common Traits Companies Look for in a Team Player