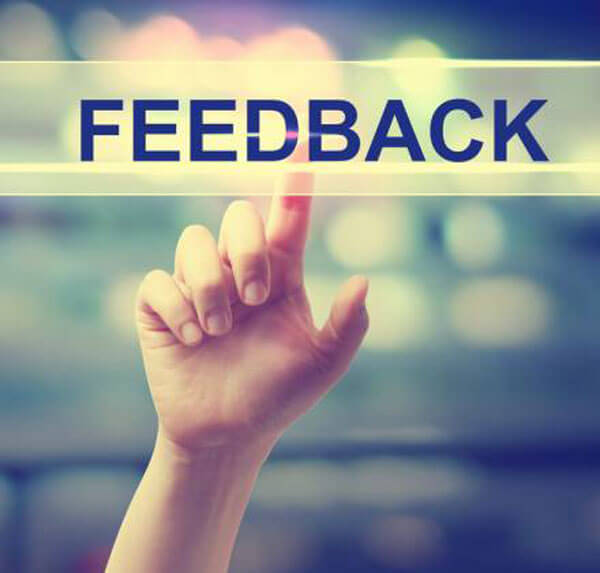 Why does one need to understand the difference between constructive and positive feedback?

Naturally, those managers who fail to clearly differentiate between constructive and positive feedback, fail to understand their separate roles, and in consequence fail to innovate and come up with the best combinations in given circumstances. Rather, they follow set patterns blindly with the hope that they click - it's like language editors changing things on "feeling" rather than on knowledge and logic - sometimes it works, and sometimes it doesn't. However, it's no way to deal with something as important as employee motivation in businesses. Since business productivity, as well as turnover and predictability depend to a large extent on employee motivation - guesswork should be reduced as much as possible.

Usually, sandwiching techniques are used for hiding a layer of constructive feedback between two layers of positive feedback in employee sessions.

Even the tried and tested sandwich technique may not work if the manager cannot clearly define the part that is constructive feedback and cannot successfully combine it with positive feedback.

A tested pattern of constructive feedback

In the first step, alike providing positive feedback, the manager describes the observable behavior of the employee clearly and without making judgments. It is critical in this step to describe the behavior - like coming late to office, and not associating it with the person.

Indicating association of the behavior with the person comes only in the next step, when the manager describes the impact of the behavior - like certain processes missing schedule - and also explains why the matter is being brought to the attention of the employee.

In the third step, during inquiry, check the employee understands your feedback and ask for input from the employee. This is one of the special points where constructive feedback is different from positive feedback.

In the fourth step, suggest and describe the desired behavior - setting it up as employer's expectation.

The importance of constructive feedback

There is no need or reason to reprimand and employee unless there is a clearly defined illegal or immoral act committed by the employee - and by that time, it usually moves into other channels, rather disciplinary in nature, and they are rarely subjects of employee motivation sessions.

Constructive feedback concerns itself with clarifying expectations, providing information, and tries to redirect employee behavior without negative impacts. Constructive feedback moves to the level of constructive criticism when it is used to discourage undesirable, unproductive, or inappropriate patterns of behavior.

How to Retain the Best Employees

Earn a Promotion in a Year

Keeping Your Personal References in Check