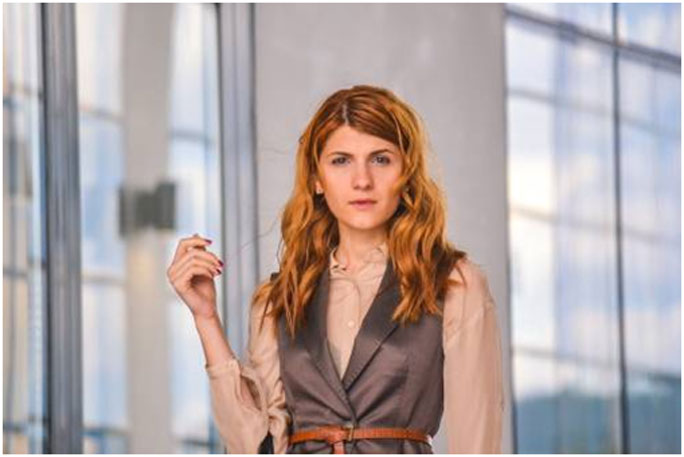 We’ve all been there. There, in a chair either alongside or on the opposite side of a human resources associate or manager. We are in what is known throughout the workplace world as an interview. And as far as any HR worker and job candidate understand, the interview process hasn’t changed in decades.

After all, an HR associate or manager, you already know a candidate still has to…

Yet in today’s interview process, something is missing from this HR-job candidate arrangement. It is not listed on the candidate’s resume and is never mentioned by the human resources person.

Call it what you want:

The fact is this: Fewer companies require references when they interview new job candidates. And this is for seven distinct reasons as you will read in this article.

Needless to say, while we may have once wished as hiring managers that a candidate’s resume listing his or her skills and previous experience, as well as the simple fact that this candidate had the wherewithal to apply to the job in the first place, would be enough to trust we aren’t wasting our time pursuing unqualified job seekers, this has not always been the case. This is why we used to ask for job references.

References, at one time, represented a sort of hiring security. References revealed a list of individuals who could be called upon to verify a job candidate’s ability to execute the job to which they’ve applied. But honestly, much of that has gone away. It’s as if to suggest throughout the HR field that the interviewing process for new hires is about the here and now, and not the past.

These days, especially during a robust economy in which there are worker shortages, simply showing up to interview can reassure a hiring associate or manager that there are strong candidates for the opening on hand.

Meanwhile, as job candidates realize it takes more than just showing up at an interview to be hired, on the opposite side of the spectrum, we as hiring associates and managers understand we are lucky enough to have potentially viable candidates sitting opposite us, particularly in regard to more esoteric positions that we have open.

If we could put ourselves on the other side of our desks and pretend we were being interviewed, how do you think we might respond to a demand that we list references in lieu of our long catalog of work experience that more than qualifies us as a strong job candidate? Would we feel a lack of trust? Might we perceive from the HR associate interviewing us that he or she is dubious of our ability, and thus temper our enthusiasm to work for a company such as this?

Well, to put it directly, yes. Yes, we can, and in many ways, we should feel that way.

Asking for job references in addition to a resume can leave a strong job candidate with a sense of distrust on the part of the company. This could give the candidate a sense of unease – after all, would any potential hire feel wanted in an atmosphere where trust (or a lack thereof) is held in question at the interview stage? No, not likely.

In fact, that same candidate could very well carry their own distrust through not just the interview process, but the job, in general, should they be hired, which in and of itself can cause these issues:

In short, the new hire can be a hiring disaster even if they did have the qualifications needed to successfully staff the position. Why is that? It’s simple for the job candidate. In short, if they’re not trusted without references, and even if they do get the job, how can that trust be returned, especially if the candidate becomes a full-time employee? Because of a lack of trust that can be surmised by asking for references, the integrity of the job and the job’s company are compromised, yielding the following results:

In lieu of reference checking being cast by the wayside, another positive outcome of no longer requiring references is the bald-faced fact that honestly, we may not have the time to follow up with these references.

In essence, with so much going on in our department, let alone our entire business, to follow up with each reference as to a candidate’s performance, demeanor, attentiveness, etc., would be a chore that burns up a good portion of our day and our energy.

Simply put, it is more convenient – not to mention less off-putting to a job candidate, that we do not ask for references. Why would we when we don’t have the time to follow up on those references in the first place?

As we all know, time is of the essence when one is in the job market. Job seekers need to act fast to show their job interest, particularly when the opening is seen as popular with a large number of candidates who are also expected to apply.

From the hiring associate and/or manager’s point of view, the same need for expediency applies, especially when hiring candidates that are rarified, meaning:

In short, for any number of reasons, a solid candidate can basically slip through our hands as our hiring practice chugs along at a sloth’s pace. By the time we finish the ins and outs, have jumped through the hoops, stopped the gaps and filled the loopholes, our dream candidate might very well have moved on to another opportunity. We’re left with the same open position, and no one of exceptional quality to whom we can offer that open position.

With hiring methodology that no longer requires references, we rid ourselves and our process of at least a half to a full day’s work of contacting references to confirm our candidate’s worthiness.

And that’s even if the references are:

To bypass all that wasted time and effort allows hiring associates and managers to more expediently pursue good candidates, which gives themselves much better odds of landing that candidate before a competing company can get hold of them.

Other nontraditional ways to deal with reference checking

According to TA Tech, there are other methods hiring associates and managers can check references without burdening the hiring process. Those include the following:

Stop accepting references candidates give you. In fact, stop asking for references altogether. Instead, during the interview process, ask for names of direct supervisors at every position the candidate has had. Then call those companies and talk to those people.
Artificial Intelligence has now become a standard in the human resources hiring process. With that, new reference checking technology is able to ask questions about a candidate in a manner that does not lead the reference to believe they are giving that candidate a ‘bad’ reference, and instead relays what the person’s work preferences are. Once properly gathered, this information will reveal if the candidate is a good or poor cultural fit for your company.

Depending on how savvy you are with social media, Google, Facebook, and LinkedIn have made it so candidates who misrepresent themselves will eventually be caught. If not already, technology is in its developed stages which allows organizations to fact-check a person’s background. This verification will be able to confirm whether or not your candidate is who they say they are and have the work background they claim, for example, in their resume.

Estimates reveal 53% of people lie on their resume. Fortunately, technology makes it easy to find out if a client is telling the truth about themselves or not.

The TA Tech article maintains that great talent acquisition and high-level HR pros need to start questioning old interview methodologies in lieu of newer processes that are designed to accurately push through 99.9% of hires in order to weed out the best candidates for the job at hand.

Consequently, according to TA Tech, to catch less than .1% of hires that are dishonest about their background does not necessarily represent better quality candidates or a better way of interviewing candidates. It instead reveals a considerable amount of laziness throughout an HR department’s hiring process.

The hiring process in most companies has become so fluid these days that the process continually reinvents itself. This comes with the advent of artificial intelligence as well as utilizing established social media tools, all of which are just as capable of revealing dishonest candidates as the old school and somewhat debasing process of asking a candidate for references.

Honestly, for good candidates on whom you can rely for good work, vetting them out via references can be demeaning and distrusting.

Rethink your hiring process with your next round of hiring, particularly when the interview process advances to a level in which you would ordinarily ask for references. At that point, consider the suggestions above instead of requesting references. In doing so, you won’t feel guilty as you wonder if you’ve violated a trust factor with your candidates just in the same way your candidates feel they can trust you as an honest assessor of their ability to be a quality addition to your workforce.

Turn Recruiting Into a Marketing Process to Improve the Experience

How to Research a Potential Hire before the Interview

Online Applications Are Becoming an Issue for Applicants and Companies: Here’s How to Improve Them

7 Common Traits Companies Look for in a Team Player