What to Do When Your Company Faces a Unionization Campaign 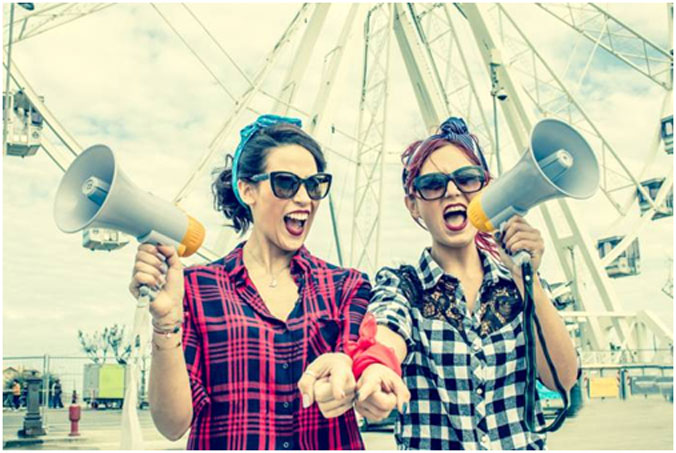 Opinions about unions polarize those who regard them as the guarantors of the middle class, and saved workers from intolerable working conditions by letting them organize a voice for themselves, to those who regard trade unions as obtrusive and obnoxious at best, and miserably corrupt at worst. Some say, “Trade unions had there day when working conditions were horrible, but they’re outdated nowadays, and they give lazy employees a safety net from getting fired.”

Opinions vary, and whatever your opinion about unions may be, you should be careful as a manger when one starts to form in your business.

A trade union is a group of employees working together to collectively bargain for improvements in their work lives. They often claim to give workers a voice, since any single isolated worker a business may ignore with impunity, but that same worker, if he speaks to a more sympathetic trade union, can inspire them to pressure management to make whatever changes he wants. The ultimate strong arm of the union is strikes: members of a union may go on strike and cease to work, sometimes crippling a business and forcing it to bargain and negotiate with the union to get its employees back.

So a union is like middle management. No longer do employees directly counsel their supervisors, but often they first discuss their concerns with the trade union, who then talks to the supervisors.

According to one union’s webpage:

Having a Union gives you [the employee] a stronger voice in working with management to make the company stronger, more prosperous, and a better place to work …. Laws governing employment, safety, discrimination, and overtime all exist because millions of Union members fought for them….There is a proven relationship between the level of union membership and the size of the American middle class.

Indeed, if all unions really made a company stronger and more prosperous, one might wonder why management so often makes such a scramble to stomp a union out as soon as it is detected.

The benefits of staying nonunion include avoiding strikes, offering low labor costs, and spending little management time on contract negotiations – and of course keeping control of your own business.

Unions grow fast. Like cockroaches, by the time you notice you have a problem, it’s probably full-blown. Management often first realizes a campaign to make a union is afoot when it finds union authorizations cards being passed about.

It’s much smarter to inoculate your company from union vulnerability much earlier than this. Unions usually attack vulnerable businesses when management gets decadent. Most unions begin when a disgruntled employee reaches out to a union and asks them to help him organize a union for his own company. On the other hand, unions choose a business that seems especially defenseless, and tries to organize employees to join in.

This is not to say that if a union campaigns in your business, you deserve it. As a human resources (HR) specialist says on their website:


Ultimately, whether you’re targeted or not may depend more on your geographic location and industry rather than on actual working conditions. That’s because many unions target specific areas or industries to gain momentum and credibility with workers. Then they try to negotiate a “model” compensation plan that they can use at other companies to attract new members.


So while bad management relations make a company vulnerable, unions attack strong and well-managed companies as well.
In this regard, some unions hire in employees for the express purpose of gaining a strategic stronghold for instantiating a union. This practice, called, “salting,” is not illegal, nor can you fire an employee for doing this.

And that brings us to the dos and don’ts of handling unions. According to Franchising, the National Labor Relations Board announced that “during 2006, it recovered more than $110 million on behalf of employees and that most of that was for wages lost as a result of unlawful terminations. In addition, employers offered reinstatement to nearly 3,000 employees who had allegedly discharged for unlawful reasons.”

The Taft-Hartley Act and the National Labor Relations Board (NLRB) have instantiated a set of laws that protect unions and employees interested in them during the campaign stage where a union attempts to convince a body of employees to join.

A company is allowed to state Facts, Opinions, and Examples (FOE) against the union, such as objective facts about the number of strikes a given union has called for, the company’s opinions that they can offer more to their employees without a union, and examples of objective corruption in the union’s history. A company cannot state Threats, Interrogation, Promises, Surveillance, (TIPS) against a union, including any threat that an employee might be fired for being sympathetic to a union, or that management might withdraw benefits, or could even close down.

They also cannot make any offers or promises as to what they could deliver to employees if the union fails. Nor can they claim to know who wants the union, who attends the meetings, who would vote one way or another. Not only can they not watch for who is part of the union, they cannot even make claims to know, as if they were watching.

As William E. Fulmer, associate professor of human resources management at the University of Alabama’s Graduate School of Business said, a manager can say, “The law recognizes that the union is not a party capable of carrying out any such promise [about promotions, raises, or other benefits to influence employees before an election]. As a result, the law allows the union to make any promises it wishes because it cannot carry its promises out.”

The company’s stance could vary between emphasizing that they are against unions in general, against this union specifically, or in favor of what the company already is and offers.

The Life Cycle of a Union

Union campaigns often surprise management who at one time figured employees were satisfied. The unions grow fast. While employees cannot be fired for participating with a union, supervisors can. They are expected to be loyal to management. And as frontline managers have the greatest influence over most employees, they are the strategic positions to curb a union.

You should train your supervisors, who are “agents” of your company, on what constitutes lawful and unlawful speech regarding unions. They should always have a reason at hand for why the company offers the wages, benefits, and working conditions they do. They should keep their eyes open and “look, listen, and report,” everything to higher management.

This is a good time to “lawyer up,” and get some legal advice on how to communicate to employees without violating federal law.

Union campaigns can move like a blitzkrieg. Under the National Labor Relation Board’s (NLRB) 2015 “Ambush” Election rule, employees can shorten the campaign period, before the company organizes an election as to who is for or against the union, down from 70 days to 42.

Unions begin their campaign by circulating union cards. If they get at least 30 percent of employee signatures, they can call for an election; but they can only win that election if they win a majority of the votes; so many organizers wait to gain 60 to 80 percent to sign on.

These cards are often the first noticeable symptom of the union campaign.

Once the union has enough signatures to impose a vote, management must create a list of eligible voters and post notices for the election in prominent places throughout the workplace.

Necessarily, this campaign sequence comes as a pain to companies, what with legal service payments, loss of employee time, reduced productivity and a change in the relationship between employees and management. Employees can be confused and anxious, not certain who to side with or what to think. Their productivity will invariably go down.

A union-proof culture exists only out of an effort by management to be proactive. Don’t wait till you’ve found a handbill to sound the alert. Build good employee relationships into your corporate goals. Nourish a culture of transparency. Establish “trust” as one of your company’s values. Make union awareness part of your onboarding process, especially for supervisors, who should be periodically trained in how to handle a union campaign.

Conduct a workplace audit to establish what employees perceive to be the failings of management. Listen fairly and respond openly – not defensively. Listen carefully to claims about a manager’s unfairness or inconsistency. These points of resentment are the opportunistic festering points for unions.

For some management teams, the thought of unionization is a nightmare. Yet union campaigns happen to many businesses and for infinite reasons. Stick to your guns, stick to the facts, keep it legal, and you will have done everything you should to keep your company within your power.


Related Articles
The Coming of the Z Generation in the Workforce
Understanding Millennial Workers
8 Ways to Define Your Company Culture
How to Establish Company Culture
Allowing Your Employees to Work from Home
Why Should Businesses Be Ethical?
The Death of HR
What Should You Do When Your Employees Don’t Have Enough to Do?
12 Supplemental Rewards You Should Give Employees When Raises Are Unavailable
Workplace Tension and How to Defuse It