Annual bonuses ranging from $24 to $40 proved ineffective in increasing punctuality and attendance in Ideal Standard S. A., a plant in Mexico City. Likewise, disciplinary interviews and one-day suspensions without pay failed to reduce tardiness. Jaime Hermann and his associates tested an incentive program over a period of 77 weeks with six chronically tardy semiskilled male laborers. The incentive system was simple: Each day that the worker punched in on time or earlier, he was given a slip of paper stating that he had earned approximately two pesos. At the end of each week, the men went to the Supervisor of Industrial Relations and exchanged their slips for cash. Statistical analysis revealed a significant decrease in tardiness when the incentive program was in effect. 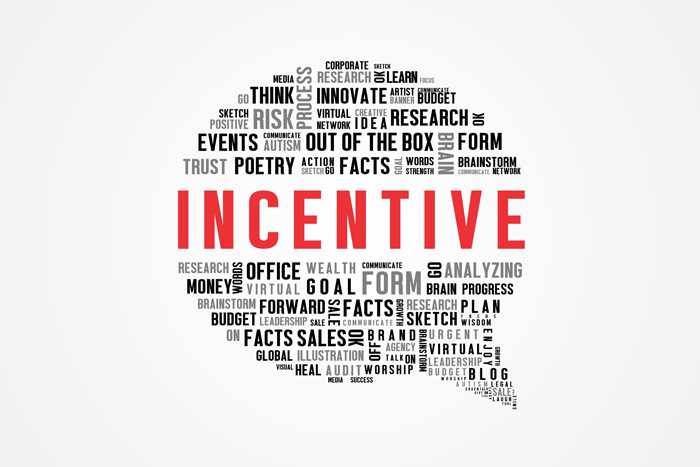 From learning theory we know that the shorter the time between the reinforcement and the behavior, the more power the reinforcement exerts over that behavior. The slips of paper which functioned as tokens closed the time gap even more. As soon as the worker performed the desired behavior of punching in on time or before the required time, he was reinforced with a token. The Supervisor of Industrial Relations probably also reinforced the workers with praise or smiles when they exchanged their slips.

Two procedures were followed to evaluate the program. First, data on tardiness rates were collected for six workers who had similar tardiness patterns but did not receive incentives. Tardiness among these control workers averaged 9.8 percent over the 77 weeks of the study. In contrast, the average rate for target workers when incentives were being administered was less than 2 percent. The second control for comparison was the target workers themselves. The study used a reversal design in which the target workers were used as their own controls. After the baseline period, the incentive program was implemented and discontinued (reversed) three times. This procedure allowed a comparison between tardiness rates when the program was in effect and when it was not. There were three incentive periods and two reversals.

The results point to two conclusions: First, reinforcing workers who punched in on time increased punctuality; second, behavior that is not reinforced will stop being performed. That workers knew what was expected of them and were capable of performing appropriately was substantiated by the increase in punctuality when the incentive program went into effect. Yet, when reinforcement for being on time was stopped, the workers stopped performing the desired behavior.

It should also be noted that the workers were reinforced for punching in on time. The incentive did not reinforce starting work on time. One could argue that if the workers were in the factory on time they were more likely to begin working on time, but this leaves performance of the desired behavior to chance. To be effective, the reinforcement should be linked to the desired behavior. To increase beginning work promptly, incentives might have been given for being at the work station and beginning work on time.

Another interesting result was that although the rate of tardiness was reduced, the length of a tardy period did not change. In other words, there was no reinforcement for being less late. Incentives for a reduction in the length of lateness would be expected to reduce the average length of tardiness.

The difference in tardy rates between the target workers was interesting. During the three incentive periods, percentage rates for the least tardy worker were 0, 2, and 1.2 compared with 6.2, 5.6, and 5.4 for the tardiest worker. This difference indicates that the power of the incentive as a reinforcer was not the same for the two workers. Other reinforcers such as longer breaks, or praise might have been more effective than money in motivating the tardiest worker to get to work on time. Many behavior change programs employed in industrial settings neglect to tailor reinforcement to the individual. Of course, tailoring is difficult when using an incentive program with several dozen people. One way to solve this problem is the reinforcement menu technique in which the worker selects one of many possible reinforcers in exchange for a token.

Study made to reduce absenteeism in garment factory

To reduce absenteeism, a similar program was implemented in a garment factory in Cape Town, South Africa. In the year preceding the program, the average weekly absenteeism rate had been 3.06 percent. Once again, an annual bonus (for fewer than three absences a month) had failed to control the problem. Christopher Orphen tested an incentive program with 46 female workers. Half the workers received a weekly bonus for perfect attendance and half did not. A reversal design with two baseline periods and two incentive periods was used.

The incentive program was identical to the first program described. Each worker was given a slip of paper (token) indicating that she had earned a small bonus when she arrived at work. The workers were told that the bonus was for coming to work rather than for being on time. Workers in the control group knew nothing of the program and continued under the annual bonus system. When the incentive program was in effect, the absenteeism rate was considerably lower among workers receiving incentives than among those in the control group. It increased again when the incentives were removed (see Table 6).Both programs demonstrated that reinforcement of arriving at work on time can effectively reduce tardiness and absenteeism. On an ongoing basis, however, these programs as they were administered had a common drawback: The desired behavior was reinforced each time it occurred. Although the most rapid change occurs when the behavior is continuously reinforced, a continuously reinforced behavior extinguishes rapidly once the reinforcement is discontinued. This is exactly what happened in both programs. When the incentive programs were discontinued, the amount of absence from work and of lateness among the labor force returned to its former levels.

Walter Nord reported two long-term programs designed to reduce absenteeism and tardiness. In one, a $50 bonus had been given at the end of each semester for five years to all teachers who had perfect attendance during the semester. In the second, a lottery system had been in effect for 18 months to reduce tardiness and absenteeism among secretaries, sales and stock personnel, and porters. The same phenomena were seen in both programs: Initially, they were highly effective, but over time their effectiveness dropped considerably.

Contingencies that maintain behavior are different from those that promote change. Consequently, the final step in a behavior change program is maintenance. One maintenance strategy is fading or stretching out the reinforcement-that is, switching from a continuous schedule to an intermittent one.. In an attempt to operationalize this principle, Ed Pedalino and Victor Gamboa tested a lottery incentive system with 215 hourly employees of a manufacturing/distribution facility. The lottery worked like this: Each time employees came to work on time, the supervisor asked them to pick a card from a poker deck. The card was recorded on an individual sheet and on a game sheet posted in the work area. At the end of the week, the worker who had the best "hand" in each of the eight participating departments won $20. This way, each time workers came to work on time; they were reinforced with the opportunity to play the game. The evaluation design was similar to those used to evaluate the other incentive programs.

The results of the lottery incentive program showed that stretching worked. During the first phase, attendance was increased with the use of continuous reinforcement. The second phase demonstrated that a high attendance rate could be maintained by intermittent reinforcement. The transition from the change phase to maintenance may require several stretching steps. (For example, the next step might be a lottery every third week.)

Related Articles
Intergenerational Interactions and Career Choice
Multifaceted Programs on Behavioral Change: Putting All the Pieces Together
The Changing Status of American Women: A Life Cycle Perspective
Downsizing a Workforce – Some Pointers in Change Management
The ABCs of Behavior Modification Management
Studies on Using the Premack Principle to Reinforce Work with Work
Doing the Math: Careers in Statistics
Behavior Change Programs and Their Evaluation
Describing Career Intervention Process
Avoid the Trap of Presenteeism