The Death of HR 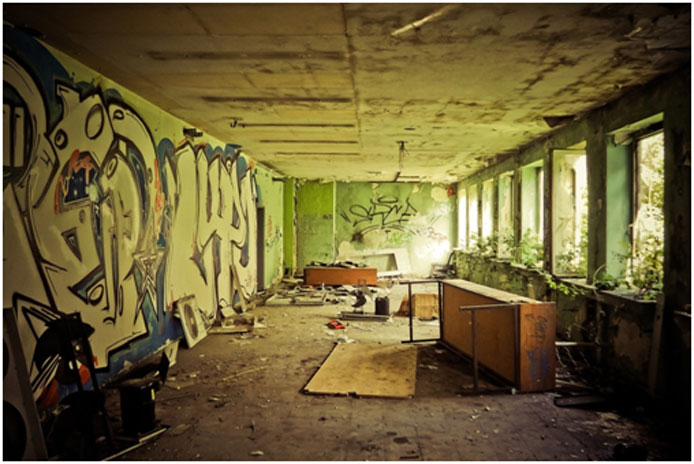 Human Resources are dead? Long live human resources! For just as the death of one king insinuates the rise of another, so must the function that Human Resource (HR) departments endure as necessary, no matter how much the departments change in name and purpose.

First, let’s look at the possibility of a business doing without an HR department. After all, streamlined software can help ordinary managers detect talent and predict job performance. LRN Corp, in a whole-scale overhaul of their 250-employee business a few years back, renamed job titles and department titles, and went the full measure and dismantled their HR department altogether.

As Lauren Weber and Rachel Feintzeig report in their article on WSJ, David Greenberg, and LRN’s executive vice president explained their move saying, “We wanted to force the people issues into the middle of the business.”

After all, taking out the bureaucracy would make things move smoother, right? The managers who will actually manage the new employees could tell first hand whether aspiring employees will fit the culture.

In fact, a lot of small businesses lack HR departments, but once the employee body exceeds 15 people, things get sketchy. Outback Steakhouse, for instance, lacked an HR department until they were forced to create one in 2009, part of a $19 million dollar settlement when they were sued by the Equal Employment Opportunity Commission for sex discrimination.

Lacking an HR, who are vanguards not only of company culture, but resolvers of disputes between employees, not to mention the red tape of filling out hiring forms and enforcing company policy managers are expected not only to act ethically, but to keep abreast of the law.

Even companies that have HR departments can screw up. Abercrombie and Fitch had to change their policy in 2013, after a few lawsuits, for prohibiting Muslim women who wear head scarves or hijabs from working there. These tendencies can drive off course with the simple drift of managers lacking a view of the big picture, so an HR department hopefully can adjust a company’s code of ethics to law.

The dangers of going without HR departments include:

Perhaps HR departments are necessary. Yet should they get a new name with the new times? Employees don’t want to be viewed as “resources.” When the term was coined in the late 1800s, companies had the freedom to call employees what they objectively are, a sort of capital or resource for the company. Just as natural resources are tapped, attacked, and exploited by whoever gets their hand on them first, so are employees a sort of “resource” that a company taps into and consumes.

We live in the age of euphemism, so while people still serve the function of resources, they prefer the title of “people.” Recall the psychologist Carl Rogers’ renomination of Freudian depth psychology, which consisted in dismantling “ego defenses.” Carl Rogers became the most important psychologist in American history by defining his therapy as “person-centered therapy,” with clients who are experts on themselves – autonomy, independence, and talent.

That’s why big companies are choosing employee-friendly terms such as Chief People Officer, Head of Talent, and Chief Talent Officer. How much more satisfying to be called “top talent” rather than a mere “resource.”

As Jacob Morgan mentioned in his article for Forbes, Cisco recently changed their Chief Human Resources Officer Francine Katsoudas to Chief People Officer. Google named Laszlo Bock as SVP of People operations at Google, and even the local grocery store advocates its help-wanted sign with “We are seeking top talent to work in our store.”

What’s in a name, after all? Perhaps the title will lay emphasis on what these folks are up to. Are they securing resources by perusing resumes, application forms, and diagnostic tests, or meeting actual people, the sort who might appreciate a conversation and less intimidation.

That’s the dual direction the world has taken. Things are becoming more abstract. People nowadays score much higher on IQ tests than we did a hundred years ago (a phenomena called the “Flynn Effect”), and some speculate this is because IQ is not, after all, innate, and folks nowadays are expected to handle abstract technology from a young age.

Certainly, the world has been digitized. People have “online relationships,” and money has become merely electronic in most instances. To answer this feeling of abstraction, businesses get ahead by offering a more personal touch. Not a recorded voice guiding you through an obstacle course of directives, but a warm human voice helping you get to the department you seek.

In the same way, Millennials are fed up with abstract resumes and business applications. “Look at me as a person. I am human, and I want to work with humans.”

HR departments no longer can survive as bureaucratic admins and policy police. They must give a human welcome to human employees, a person-centered department with a personal touch.

HR has grown more difficult over the years, as its role mushroomed into somehow being the business psychologist, keeping the culture moralized and harmonious.

Their role as disciplinarians of entering talent is no longer called for. In part, their job has been replaced by robots. Hiring tools now do a better job at assessing job performance, and training software has streamlined how employees are admitted to the new business.

It’s not only HR that has to worry about being replaced by robots. Those merciless robots may be what keep HR relevant. Employees themselves suffer all sorts of anxiety about job security or about their positions being automized. As the guardians of company culture, HR can do more than enforce regulations; they can give some comfort to these employees as they should.

Of course, not everyone predicts the demise of HR. As Janet Wood wrote in her article for The Globe and Mail, Economist Daniel Culbertson chose HR as “one of the most future proof professions, predicting that technology could actually lead to more jobs in the field.” Why? As with the abstracting of world culture, we seek all the more for the human touch. HR compensates the digitalization of our culture with the human touch: “Welcome to our company, you are joining a culture of people who want to be here.”

As Vivien Magyar reported of Tamsen Wassell, a hiring activist, in her article, Wassell explains. “One of the reasons why you have so much churn in the technology world is that people get bored. Millennials say that the job that they find most satisfying is one that gives them growth opportunities. They don’t want to get stuck doing the same thing for years. Right now, the average ‘life cycle; of a tech worker is around 18 months. Basically what happens is that when a young tech person gets a job, it takes them around 3-4 months to not only learn, but become proficient in the new technology or tool that they’re using. Then they play around with it for about a year, and then they start looking for the next challenge, the next cool thing they can do – in the form of a new job. The hiring system that we have no actually encourages this cycle, this churn”

How better it would be, we can imagine, if HR anticipated this and reassigned talent within the business? No longer looking to secure mere “resources,” a People Officer or Talent Officer will be people-centered, and regard prospective employees and actual employees as the ultimate “resource” the company can seek: peoples interested in working with and for other people.

Top 20 Things Employers Can Do to Attract Millennial Workers

15 Ways You Can Find and Keep Awesome Employees