Why Are You Leaving Us? 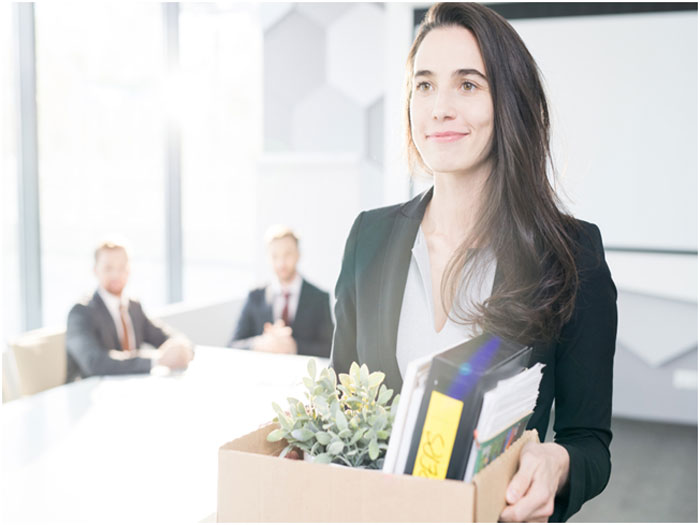 These days it would seem in most business settings that it’s the workers who rule the workplace roost. This is because workers by and large are difficult to come by, particularly those with exceptional credentials. Some workers are also difficult to manage:

That’s fine and good, and in all actuality, the point of where many businesses are evolving to. But even with that, some workers still aren’t satisfied.

Much like work life a decade or so ago, where the job market was fat and plentiful with many qualified job seekers vying for positions, giving businesses the opportunity to select the cream of the crop, the field has now flipped, where employees make the big decision as to where, how hard, and for how long they’ll work at any given company.

With that said, it has become increasingly important for companies to hold onto the employees they already have in place. If one person leaves, it might take months to find an adequate replacement. After that, figure in the costs of onboarding and training the new employee, and a business owner might find themselves in the hole quite quickly.

Given this, it’s much easier to hold onto those employees a business owner already has. However, in this worker-favored environment, such a task might be easier said than done.

So the question is how does one hold onto their employees? Well, to start with, by not making the employer-employee mistakes listed in this article.

Michael Kibler, CEO of Corporate Balance Concepts, a US-based corporate coaching firm, has a unique perspective on the loss of employees due to a company’s inability to provide adequately for them.

Kibler cites this as brownout, stating, “Brownout is different from burnout because workers afflicted by it are not in obvious crisis. They seem to be performing fine: putting in massive hours, grinding out work while contributing to teams, and saying all the right things in meetings. However, they are operating in a silent state continual overwhelm, and the predictable consequence is disengagement.”

Kibler states that when you lose good employees, they don’t disengage all at once. Instead, their interest in their jobs slowly dissipates. Like dying stars, star employees slowly lose their fire for their jobs.

What then happens when a good employee burns out? Keep reading to find out.

Good Help is Hard to Find

Forbes magazine recently came to the conclusion that the last thing a business should do is get rid of its employees. This is because unless you’re expanding or one of your employees has previously left, there should be no reason for you to hire additional employees. Again, you need to hold onto those employees you already have.

To that end, Forbes has compiled a list of eight bad mistakes a manager can make that will drive employees straight out the door. Every manager should read these mistakes and learn from them so as they won’t make the same errors with their own workforce.

Sure, companies need to have rules; that is a given. But they don’t have to be rules that are enforced at a draconian level. Whether it’s an overzealous attendance policy or a stringent hour-only lunch requirement, even a couple of unnecessary or ham-fisted rules can drive people crazy. When good employees feel like big brother is watching, they’ll find somewhere else to work.

Just in the way the Forbes’ article alludes, the workplace isn’t a grade school classroom. Some workers are better than others, and should be noted as such. Treating everyone equally shows your top performers that no matter how hard they work (and, typically, top performers are work horses), they will be treated the same as the bozo who does nothing more than punch the clock. Thus, if this goes on for too long, you can say goodbye to your top performers.

While Forbes cites only jazz bands in this third mistake, it should be noted that any band is only as good as the worst player, which sooner or later everyone will hear. So of course the same can be said for a company in which weak links are permitted to exist without consequence. The article is correct; all that will do is drag down everyone else, especially the top performers.

Celebrate the well-done job, but in particular, celebrate the person who completes the well-done job. You should never underestimate the power of a pat on the back, especially with top performers who are intrinsically motivated. Even the most low-keyed employee likes a “that-a-boy” (or girl) now and then. Managers must communicate with their people to find out what makes them feel good whether that be a raise for some or public recognition for others. Rewarding individual accomplishments shows you’re paying attention to your employees’ work and are aware of the effort they put in. With top performers, this will happen often if you treat them right.

Statistics show that more than half the people who leave their jobs do so because of their relationship with their boss. To this end, smart companies with intelligent and aware executives know how to balance being professional with being human. These are the bosses who celebrate their employees’ successes, empathize with those going through hard times, and challenge them, even when it hurts. Bosses who fail to be just the smallest bit conscious of an employee’s life beyond work will always have high turnover rates. It’s impossible for an employee to work for someone eight-plus hours a day when all the employer cares about is that worker’s output while not even a single consideration is given to the employee’s personal life.

It may seem efficient to simply send employees assignments and move on, but leaving out the big picture is a deal breaker for star performers. Star performers will want to know what the expected outcome is of any task they are given. And that’s to be expected of any employee who shoulders heavier loads simply because they genuinely care about their work. When employees don’t know what the end result is to be, they feel alienated and aimless. When they aren’t given a purpose, they find one elsewhere.

Google mandates that employees spend at least 20% of their time doing “what they believe will benefit Google most.” While these passion projects make major contributions to marquis Google products, such as Gmail and AdSense, their biggest impact is in creating highly engaged Googlers, which is the name for people who work at Google. Managers need to understand that with any given job that has clear and defined results, the chances are high that talented employees will be passionate about that job. Providing opportunities for them to pursue their work passions improves their productivity and job satisfaction. Don’t be one of those old school managers who fear that productivity will decline if they let people expand their focus and pursue their passions. Studies have shown that people who are able to pursue their passions at work experience a euphoric state of mind that is five times more productive than the norm.

If people aren’t having fun at work, it may be as much about their manager as it is they. If this is the case in the environment where you manage, then you could be doing something wrong. It’s a simple fact of life that people don’t give their all if they aren’t having fun, fun being a major defense against brownout. The best companies to work for know the importance of letting employees loosen up. Specialized Bicycle Components in Morgan Hill, CA, organizes lunch rides with its employees and longer weekend rides. They are also dog friendly, have restorative activities like yoga and Pilates as well as a game room. Companies like this only add to the idea that if work is fun, employees will not only perform better, they will stick around for longer hours as well as longer careers.

The main thing is this: No one likes to work in the traditional sense. It’s toil, it’s boring, it’s redundant, and it’s toil again. Eight, nine, ten hour days of sitting at a drab desk is no way to go through life, particularly if there are no perks involved. So make a decision with yourself; do you want brownout employees or employees who are eager to come to work? If it’s the latter more than the former, start making some changes now. Arrange a Friday night dinner after work, or some sort of weekend activity. You’ll see an immediate uptick in production and worker satisfaction. And you, you’ll be the boss they herald and inevitably will be loyal to.
For more information, look into these articles:


Related Articles
15 Companies with the Best Work-life Balance
25 Highest Paying Jobs in the United States in 2018
15 Companies with Awesome Pay and Benefits
How Does a Company Decide Who to Hire?
Informational Interviews: Yes, They're Important
5 Reasons Why Christmas Is the Most Wonderful Time of the Year for Job Seekers
Putting First Things First: Self-Assessment
Long Term Objective – A Factor in all Your Job Search
Revise Job Search Strategy and Maximize Your Job Offers
Know Your Job and Your Future Work Force