Can Your Work Team Increase Productivity & Profitability? Here’s How to Build (& Sustain) a Great Team 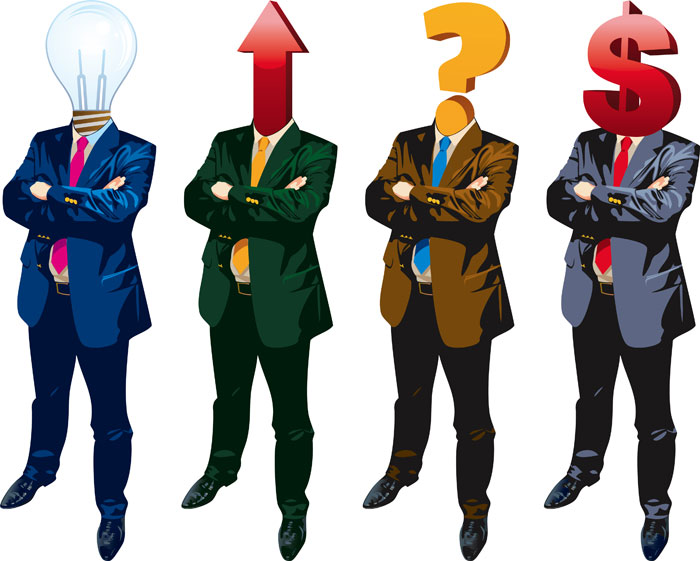 When vocal groups harmonize, a magical phenomenon can happen. In a quartet it’s called the fifth, “ghost,” or ringing voice. It happens when the harmonics of the four voices combine or reinforce each other in a way that creates what appears like an extra voice. It’s a sound that becomes bigger when all are together: It’s also an example of how the magic of synergy and how the sum can prove to be greater than its parts.

A good team at work operates in much the same way.

When a team has members that can fill-in or expand on the skills, abilities, or experiences of other members, they’ll also be able to “ring” together—able to go beyond their individual limits.

Team building is a great strategy for maximizing talent and boosting the productivity of your workforce, but there’s much more to alliance building than merely improving efficiencies and “how” the players do their jobs. There’s also “why” they do their jobs. And for that, improving intra-staff relations can yield enormous benefits. When employees have friends at work, they are seven times more likely to be engaged in their work—and conversely, if they don’t like their coworkers, they’re not going to like the job. This too will affect their work—negatively. And the numbers don’t differ much between genders; 60% for women, 56% for men. Friendships at work, just like those outside of work, take time. Those in entry level jobs are least likely to say they have a best friend at work—53%—while those with 6 years of experience or more were most likely at 60%. Percentages can vary depending on job role, level of work experience, and age—Millennials and GenZ have the highest (62%) and those over age 50 have the lowest (50%—the drop may have something to do with their job titles and not their social habits).

Building stronger teams is also tied to avoiding attrition: It’s better not to break up the band.

A staff with work friends, and work spouses, can be a good sign about the psychological health of your team. When employees have someone they can share both good and bad experiences with it can be invaluable to their well-being. And here’s the secret sauce that all managers and business leaders need to know: As executive coach Annie McKee says, “When we feel cared for—even loved, as one does in a friendship—and when we belong to a group that matters to us, we are generous with our time and talents because we’re committed to people, not just the job or company.”

By creating an environment where employees can form positive alliances and friendships with co-workers, you also create an opportunity to boost productivity and performance.

But it can easily go the other way too: McKee also says that bad “emotions spread like wildfire.” An ill mood from bosses, especially intemperance or flashes of anger, will also affect work performance and bring down the whole team. Negative emotions can hurt productivity, morale, and quality of work. Bad bosses can also increase absenteeism. This isn’t just because it makes the subordinate staff frustrated or upset, when we focus on the negative it saps our cognitive abilities. We also know that overly intense emotions will block effective communication and hinder problem solving. It creates a toxic environment. And you don’t want that.

Says McKee: “When a manager is having a particularly bad day, you are likely to start having a bad day.”

The fact that you can absorb the bad mood of another is not simply poor discipline or a failure of mindfulness. Emotions spread person to person because we’re biologically hardwired to mimic others outwardly. When we mimic their outward displays, we also adopt their inner state.

In building a great team, sustaining it is an absolutely necessary component. Losing a valued team member will cost you and take note—this study by the Center for American Progress says employee replacement costs can vary between 16% of salary for low-earning positions to an astounding 213% of salary for those more highly skilled. (See here where we dig deeper.)

Good leaders also understand that leadership is a conversation—a two-way dialogue—and not a diatribe. A leader who isn’t toxic and engages their team doesn’t use language that:

Your teams know that managers play a critical role in their success. To ensure you sustain the talent you have, be aware that:

The importance of not being emo

“Emotional intelligence” refers to an ability to read, understand, and respond to emotions in ourselves and others. It’s said to be a vital predictor of career success, more so than an impressive résumé or high IQ score. Yet, while we think we can accurately read the emotions of others, we tend to overestimate this ability.

Research has found a large performance gap between leaders that are socially intelligent and those that aren’t.

This only offers even more reinforcement to how much effect the quality of management can have. According to a Gallup poll, the number one cause of unhappiness at work was bad bosses. Of people who voluntarily left their jobs, 75% did so because of their boss or immediate supervisor. These are the kinds of bosses that don’t think of employees as assets but as liabilities. A bad boss is not only unpleasant, it’s unhealthy. They can also shorten your life: A bad boss situation can increase the risk of stroke by 33%.

What’s management to do?

Before a strong and engaged team can be built, your employees will want the respect of their manager. And here’s the hard part: Respect is not offered up through enforcement; it’s earned through actions.

Here’s what your employees want:

More on what a good boss needs to be here.

How to build a great team:

Exercises your team can practice to make it stronger

You Got the Job – Sustain it

Be Positive to Your Seniors