Practical Observations on Using Goal-Setting as an Antecedent for Performance

In this strategy, an assigned objective or goal acts as an antecedent which elicits improved performance. The new higher level of performance is then reinforced. Gary Latham and Sydney Kinne demonstrated the effectiveness of goal-setting in a program conducted with 20 pulpwood-logging operators. Half of the producers were trained in goal-setting and half were not. Each week the trainer and producer determined minimum production goals. Using the goal-setting training, the producer converted the goal into cords-per-saw hand-hour and assigned it to the workers who directly controlled that production variable-the sawyers themselves. The sawyers were told that the goal was a minimum standard. They monitored their performance with tally meters. Both control and target producers recorded production, turnover, absenteeism, and injuries for their crews. 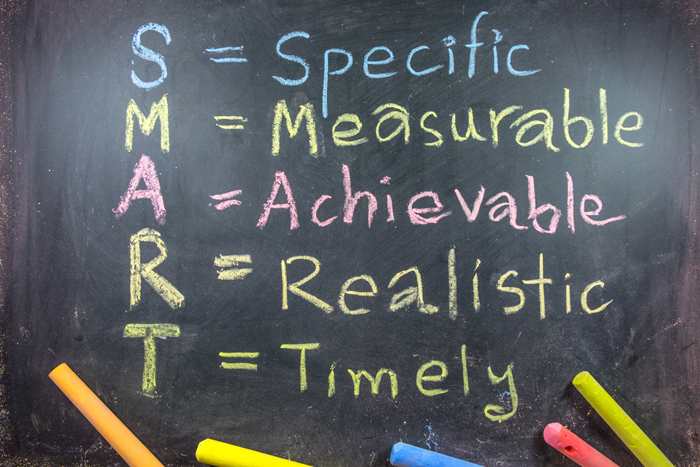 Results after 12 weeks revealed that compared with control producers, producers who set goals increased their production and decreased their absenteeism significantly. There was no change in turn over or injury rates. Latham and Kinne hypothesized that it was the sense of satisfaction that comes with accomplishing a goal that led to a reduction in absenteeism. Work becomes more rewarding and consequently worker attendance increases.

Let's take a closer look at each aspect of this more complex intervention. First, the goals set were clear, specific, and attainable. Goals were stated in terms of workers' tasks: Sawyer goals were set in terms of cords-per-sawhand-hour and producer goals were in terms of cords-per-man-hour. The goals clarified for both supervisor and sub ordinate what they were to get done. By providing specific knowledge about job tasks and priorities, the goals prompted improved performance. But improved performance must be rapidly and frequently reinforced if it is to be maintained and if goal-setting is to be established as a controlling stimulus. The data collection and self-monitoring procedures solved this problem. Sawyers recorded how much wood they cut, and producers recorded the collective productivity rates of the sawyers they supervised. In the process of recording, each received immediate feedback on performance.

Comparisons between the goal and feedback tend to have two results: When people attain or surpass a goal, they tend to reinforce themselves with positive thoughts-a sense of satisfaction. If they fall short of the goal, their tendency will be to exert more effort to improve performance, provided that positive consequences seem probable-that is, people must see the goal as attainable and believe that they will be reinforced for achieving it. In this program the goals were determined from an assessment of the harvest area and time studies made under similar conditions. There were no penalties for failure; rather, praise was given for goal attainment. Thus, producers and sawyers alike were likely to have viewed their goals as attainable and were motivated to achieve them. When they did reach the goal, they were reinforced externally with praise and internally with self-reinforcement. In this way, goals became antecedents that elicited improved performance.

We would expect that goal-setting plus self-feedback would promote the learning of self-management or of self-directed behavior. The intervention sets the stage for employees to learn to set their own task goals and to reinforce themselves for reaching them. The super visor seems to be a critical factor in this process. Ronan, Latham, and Kinne conducted another program with loggers which demonstrated that high-productivity crews had supervisors who were more accessible and who gave more training, instruction, and explanation, whereas crews with inaccessible supervisors had higher turnover rates. Supervisors can teach subordinates to set individual task goals and thus reinforce their accomplishment. In other words, in the process of setting goals with employees, the supervisor probably informally arranges the conditions for learning of self-management to occur.