Sometimes it is more efficient to alter or remove the antecedent that evokes a behavior. Thus, Ruth could have been more effective in reducing Betty's excuse-giving behavior by intervening at the antecedent point-the way in which Ruth herself gave directives. By making her own behavior the target of the change program, she modified Betty's excuse-giving behavior. Ruth focused her attention on the way in which she gave directives, which served as the antecedent of Betty's giving excuses. When she conducted a functional analysis, she had difficulty identifying the antecedents of her own behavior until she began observing her own thought processes and discovered that each incident of making a tentative directive was preceded by considerable physical tension and many negative thoughts. 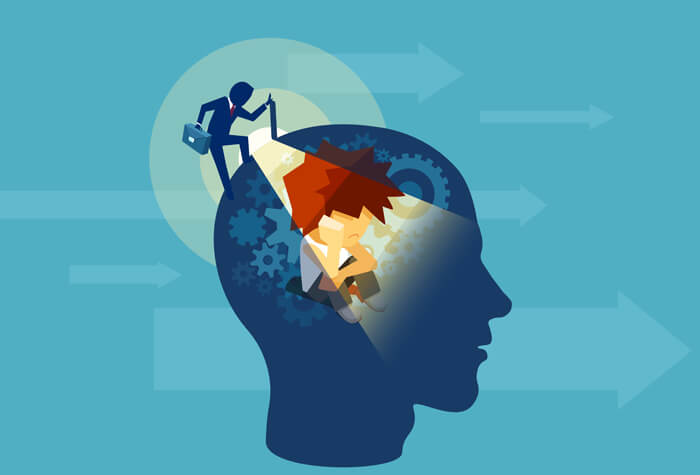 On the basis of this information, Ruth developed a multidimensional self-management program. She taught herself the desired behavior of giving authoritative directives. Using the shaping procedure, she developed a series of small steps in which she gradually increased the difficulty of the directive. Simultaneously, she employed thought-stopping to replace the negative thoughts with positive self-statements, and physical relaxation to eliminate the tension. Finally, Ruth continued ignoring all Betty's excuses.

When she conducted the functional analysis, Ruth was able to collect baseline data on the actual frequency of Betty's excuse-giving and on her own behavior of making requests. She used a wrist counter to monitor the actual number of requests made. After each encounter with Betty, Ruth tallied the number of Betty's excuses on a file card that she kept in her desk. During the baseline phase, Ruth felt that collecting data was irrelevant. She was busy and impatient in dealing with the problem with Betty. Later, however, she acknowledged the importance of establishing the baseline, and observing the concrete evidence of the change in Betty's behavior built up her confidence. In her annual performance review, Ruth used the data she had collected to demonstrate the development of her supervisory skills.

When first introduced to operant conditioning and reinforcement principles, managers often balk at the idea of ignoring an undesirable behavior: "How can I ignore errors in the monthly report? It must be perfect." "She's paid to do that work. I can't just listen to her excuses and say nothing." This is an understandable concern—it is difficult to ignore errors and transgressions, especially when we find them personally irritating. One solution is to alter the antecedent that evokes the undesirable behavior in the first place, because this way you can head off that behavior before it happens. It is often your own actions that trigger the undesirable behavior, and then your response rein forces the employee's response to you. Granted, antecedents can be difficult to identify, but you should always make a concerted effort to do so. And whenever your own behavior is the focus of a functional analysis, look for antecedents and consequences in your internal as well as external environment.

The important point to remember is that whenever you discover that your own behavior is evoking or maintaining the employee's undesirable behavior, the most effective intervention will involve altering your behavior in some way. Your behavior is controlled by the same principles. For this reason, it is just as difficult for you to change your own behavior on command as it is for the employee to change on command. Recognize that your behavior is controlled and that it will be difficult to change, but by using the principles and techniques discussed in this article, you can begin to manage your own behavior. All the analysis and data collection may seem unnecessary or even academic, but it will add to your success in managing yourself and others.

Specifying the problem behavior to be modified involves two essential steps: identifying the behavior and identifying the situation in which the behavior occurs. To identify your own problem behavior, use the same guidelines and define the behavior specifically enough that you can count each occurrence—that is, you must be able to determine when it is and is not occurring. If at any given moment you observe yourself and can give a definite "yes" or "no" answer to the question, "Is the behavior occurring now?" then you will have clearly defined the behavior. And once again, it is important to specify when the behavior occurs. This can be in a specific setting such as at the coffee machine, in the sales meeting, or in your office, or it can be when specific factors converge, such as when you feel rushed, when you are speaking to a person in authority, or when you are making a request. When you have unambiguously stated the behavior-in-situation, you are ready to move on to the second step in your self-management program.

The observation phase has two major steps: determining what factors are controlling the problem behavior, and establishing a base line for evaluation. Conduct a functional analysis to identify what happens just before and just after the behavior. Controlling events, antecedents, and consequences are not limited to the external environment; internal events are also part of your overall environment.

For example, Ron's problem behavior was remaining silent at policy review meetings. In observing his behavior (each time he wanted to speak up but remained silent instead), he discovered that his own internal behaviors were causing his silence. Ron's functional analysis revealed that the physical sensations of tension evoked silence (or inhibited speaking up), and that through his negative self-statements about his silence he punished himself for not speaking up. When Ron expanded his functional analysis, he discovered that negative self-statements also preceded the physical tension. He was indeed trapped in a self-imposed vicious cycle of tension and negativity, with each triggering the other, making it next to impossible for him to speak calmly and coherently in the meeting.

Related Articles
The ABCs of Behavior Modification Management
Practical Studies on Participative Goal-Setting
Practical Observations on Using Goal-Setting as an Antecedent for Performance
Coping With Awkward Interviewees
Self-Management: Understanding the Interrelationship between Behaviors
Reasons for Researching an Organization
Ticking at the Top: Power Costs
Practical Management of Workplace Stress Made Easy Part-1
Stay Positive and In Control When A Job Search Stretches On
Impatience – An Error of Self-Management