Impatience – An Error of Self-Management

Sometimes the behavior of other people can function as an antecedent to our own internal behaviors. When someone criticizes us, most of us experience a variety of negative internal behaviors. In short, it is important to observe all of your behaviors as well as those of others. Such a careful analysis helps point to the most effective intervention point. Record your observations. After you have collected several examples, it will be easier to see a pattern. 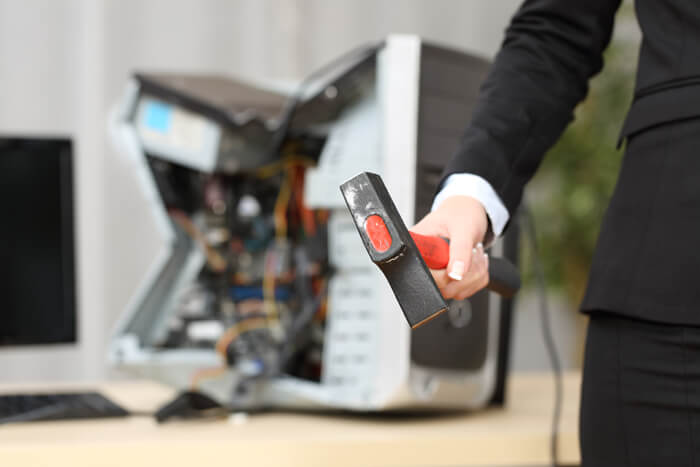 Once you have completed the functional analysis, begin counting each occurrence of the behavior with a time sampling procedure. You can use any of the methods suggested for collecting baseline data on subordinates' behavior, but the important thing is to do this systematically and to record your data each day on a graph. Continue the baseline counting until you believe that you have a good picture of the overall frequency and pattern of the problem behavior. In general, this will usually take a week to ten days. However, when the problem behavior occurs less frequently, you'll need to count for a longer period of time.

Impatience is a frequent error of self-management. Once the problem behavior has been identified, managers sometimes rush into an intervention before carefully observing the problem behavior and those factors that control it. Such impatience is hard to resist, but you must do so if you don't want to set yourself up for failure. You may have overlooked an important controlling factor (such as physical tension) and thereby attempt to implement an inappropriate intervention. Such a failure is discouraging, wastes valuable time and energy, and can validate the belief that you can't change.

The purpose of the functional analysis is to reveal what factors control your problem behavior and to assist in determining the most efficient intervention point. This point may be the antecedent, the consequence, the behavior itself, or all three. It must be emphasized that every individual is unique, and functions in a unique environment that has a unique effect on behavior. Behavior technology delineates general principles of behavior control and change, but as a manager of behavior–be it a subordinate's or your own–you must make a leap from the general principles and techniques to an individualized behavior management program. For example, a would-be carpenter can be instructed to use various tools on various types of wood to produce various results. But the carpenter must tailor the woodworking techniques to the specific project at hand. Any of the intervention strategies can be used in a self-management program. The important thing is that you tailor it to your unique needs and that you follow it consistently, Discipline in self-management is often a problem. It is easy to procrastinate in carrying out a specific action or in administering a consequence. Being systematic and consistent is essential–your success depends on it. Don't tackle your most troublesome behavior in your first project; select a fairly simple problem, one that is only mildly troublesome and does not pervade your entire life. A project that involves making a positive comment when a subordinate completes work on time is probably easier than one that is designed to help you act more assertively. Success in your first project will help you be successful in later ones, so set yourself up to succeed.

The contracting techniques can help you do this. Negotiate a contract with yourself for each phase of your project. In the contract, specify exactly how much of what behavior you require of yourself and what you will give yourself for successful accomplishment. Write this down. Seeing your agreement with yourself in writing will help you feel more committed to the change you seek. Be reasonable with yourself; in fact, be overly reasonable: Each contract should require only a small change and cover a short period of time. (An agreement that extends only two days is a lot easier to carry out than one that lasts a month.) You can write as many contracts as you like–as long as you fulfill them. As you succeed in meeting the terms of your contracts with yourself, your ability to keep future agreements will increase. In other words, self-contracting is a way of developing discipline.

One of the advantages of self-management is that it allows a much broader range of things to reinforce your behavior; You don't have to restrict yourself to activities that exist in your work environment or that are in any way related to your work; you can use a variety of social, leisure, and personal activities to reinforce changes in your work behavior.

It's a good idea to write down all reinforcements in a menu form. Don't forget the intangibles–a relaxing fantasy as well as the physical state of relaxation itself can be very reinforcing. Comments like "I did a good job," or "I knew my idea would set some minds spinning," or "I caught myself that time–I can see I'm making progress" can be surprisingly powerful. Remember, the sooner you receive the reinforcement, the better. When the reinforcement is not available until sometime later, consider using a token system to bridge the time gap. Self-reinforcement is also helpful in this regard–you can complement yourself immediately after performing the desired behavior, and grant the designated reward later on.

Be especially careful not to deprive yourself. To be effective, you should receive more reinforcement than you were receiving before you began the self-management program. Receiving less reinforcement is tantamount to self-punishment. If you find that you must deny yourself reinforcement because you didn't fulfill the terms of your contract, then you are probably asking too much of yourself, and you should rewrite the contract in such a way that it will be easy to fulfill.